GRAND RAPIDS, MI—The economy of the city in the western part of the state is soaring, and the multifamily vacancy rate has plunged to a historic low.

GRAND RAPIDS, MI—Some people might be surprised to learn that this small city in Western Michigan has recently seen several multifamily portfolio sales worth more than $100 million. But longtime observers say Grand Rapids stands out as a beacon of economic health in the state and this has drawn in investors from throughout the US.

“Over the past ten years, Grand Rapids has transformed itself from a manufacturing center into medical hub,” David Walstrom, a senior director with Berkadia in Michigan, tells GlobeSt.com. Although it retains a strong manufacturing component, more than $1 billion has recently been poured into the Michigan Medical Mile, the city’s collection of world-class facilities and research institutes, and Spectrum Health employs around 20,000 people, making it the region’s largest employer. Furthermore, Grand Rapids remains one of the top cities in the US for higher education, with about 70,000 students.

“It’s an exceptionally vibrant economy,” he adds, and “it’s the fastest growing market in the state.” This growth has fueled a multifamily market that has reached a historically low vacancy rate. In fact, Zillow reported that in April the vacancy rate for the sector had hit just 1.7%.

And last December Marcus & Millichap helped complete the $102 million sale of the Grand Rapids 6 Apartment Portfolio, a 1,651-unit portfolio of six multifamily properties located in and around the city, to a New York-based private investment firm. M&M officials said it was the largest commercial real estate transaction recorded in the state up to that point in 2014.

“What attracts people is the stable market and the yields,” Berkadia’s Benedetto tells GlobeSt.com, which typically are higher than investors can find in core cities. The region’s diverse economy meant that, much like Ann Arbor, it was one of the few areas of the state that did not suffer much even during the downturn.

Another factor which has boosted the region’s attractiveness for investors is the slower pace of new development. “It’s occurring,” Walstrom says, “just not at the same pace as in other markets.” Grand Rapids “is more conservative, not only politically, but also from a business aspect.”

Still, the low vacancy rate has proven irresistible to some developers, he adds. Axiometrics, Inc. estimates that about 1,500 apartments in the city and its suburbs are in various stages of development.

Walstrom says that in the past few years the company has helped sell more than a dozen local properties and brought in between 16 and 20 new, out-of-state investors, including those on both coasts, the Midwest and southern states like Texas and Georgia. “Michigan is not redlined anymore.” 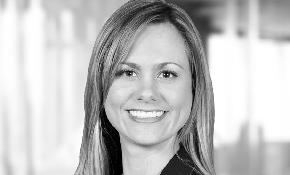 Amid Coronavirus Crisis, Hoteliers Find a Window for Renovation

At the recent California Lodging Investment Conference, we heard from a lot of hoteliers who are being hit hard by the coronavirus crisis—low demand,…