This Orlando Hotel Market is on Fire

ORLANDO—Find out what market and why it's heated up over this past year.

HREC Investment Advisors was the exclusive representative of the seller, FelCor Lodging Trust. The buyer of the 288-room hotel is a successful owner and operator of well-branded hotels throughout the Southeast region. FelCor could not immediately be reached for comment.

“The airport market has really caught fire over the past year in light of the continued growth of the Orlando International Airport itself, the economic development in the immediate area and significant demand that is flowing out of the Lake Nona area,” says Paul Sexton, vice president of HREC’s Orlando office. “Under the new owner’s stewardship, we fully expect the hotel to return to its position as the icon of Orlando-style hospitality for airport travelers.”

The hotel is located less than one mile north of the Orlando International Airport, which sits about 10 miles south of Downtown Orlando. The airport neighborhood is about 17 miles from Walt Disney World and nine miles from the Orlando Orange County Convention Center.

“Over the past several years, HREC has had the distinct pleasure and honor to represent FelCor in the sale of over 10 hotel properties,” says Tampa-based Scott Stephens, HREC partner and head of the firm’s Southeast Practice. “With their portfolio repositioning nearly complete, we look forward to assisting them with the acquisition of new hotels, as well.”

HREC has been active. The firm recently disposed of five full-service hotels on the Auction.com platform. All five hotels attracted multiple bidders to the online event, with 65 registered bidders making over 250 bids. The hotel sales generated nearly $87 million. 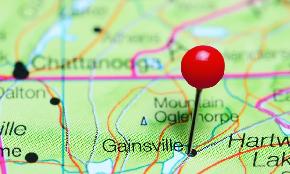 This is the third apartment complex Walker & Dunlop has helped Century Holding company acquire int he past year.