CHICAGO—MEPT, a real estate equity fund advised by Bentall Kennedy, recently purchased Stony Creek Promenade at 4800 W. 111th St. in suburban Oak Lawn from its developer, Hamilton Partners. In a deal arranged prior to construction completion, the Washington, DC-based MEPT agreed to acquire the property when it became fully leased.

“That’s not uncommon in a development deal like this,” Transwestern capital markets director Janice Sellis tells GlobeSt.com. Sellis and Transwestern’s Paul Barile represented Hamilton in the transaction. “There is a slighly increased risk for the buyer, so the cap rate is slightly higher than it normally would be.”

Although the price was not disclosed, according to Cook County records MEPT paid $27.8 million.

Part of the reason the risk was slight for the buyer was that Mariano’s Fresh Market had already agreed to anchor the new 105,000 square foot development when the deal was signed about 18 months ago. The final tenants opened up in June.

“Once Mariano’s was on board, it was assumed that the rest of the retail would come together,” Sellis says. In the past few years, Mariano’s has acquired a sterling reputation among landlords in the Chicago region. “It’s achieving really strong sales and as a result a lot of other retailers want to be around them.”

“Our ability to select a purchaser so far in advance underscores the increased demand for retail in this area, which benefits from strong demographics and a high level of disposable income,” she adds. “Oak Lawn is an under-retailed, especially when it comes to quality retailers.”

The new fund will provide more than $100 million in low-interest loans to severely impacted small businesses over the coming months, targeting historically under-resourced communities with an emphasis on minimizing hardship for those businesses and their employees. 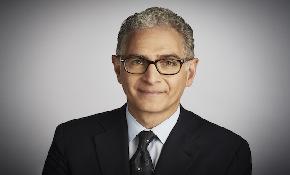