US Leads Globe in Retail Rents

CHICAGO—Global uncertainty hasn’t put the brakes on rent growth for the world’s top retail streets, Cushman & Wakefield says in its annual report on the sector, which notes that 35% of these corridors have seen rent increases in the past 12 months. The report cites “improving employment prospects, rising real wages and healthier consumer confidence in advanced economies” as spurs to positive momentum for retail in the next year.

New York City’s Upper Fifth Avenue once again tops the rankings for the world’s most expensive retail corridors. Its average of $3,500 per square foot is 46% higher than second-place Causeway Bay in Hong Kong, which averaged US$2,399 per square foot at the end of the second quarter. Moreover, the Asia-Pacific region on the whole has seen downward pressure on rents due to weakening sales.

However, the Fifth Avenue corridor’s 3.6% year-over-year rent growth is far from the strongest in the US, let alone globally. For that matter, Upper Fifth’s Y-O-Y rent growth is surpassed by the national average of 6.9%.

The fastest annual rent growth in the Americas was achieved by Seattle at 27.3%, according to C&W, which ranks just behind Grafton Street in Dublin (27.9%) as the world’s fastest-growing retail corridor. Other fast-growing corridors in the US include Rodeo Drive in Beverly Hills (up 23.1%), Worth Avenue in Palm Beach, FL (20%) and State Street in Chicago (16.7%).

Rodeo Drive also posts the nation’s highest retail rents outside of New York City at $800 per square foot. C&W cites another California corridor, Union Square in San Francisco, as one to watch, with a “bustling” tourism market and improving local economy fueling strong demand for luxury retail space and driving vacancy down to a record low of 1.1%.

The US is also home to seven of the 10 most expensive retail corridors in the Americas, with Toronto, Rio de Janeiro and Vancouver at sixth, seventh and eighth, respectively. Outside the US, no other Americas retail corridors managed to achieve double-digit Y-O-Y rent growth, according to C&W.

“The Americas region is expected to sustain a positive trajectory going forward into 2016, bolstered by a steady consumer sector benefiting from a material reduction in energy costs and stable employment expectations, especially in the US,” says Gene Spiegelman, vice chairman and head of retail services, North America at C&W. “Retailers will continue to add physical stores to support their expansion plans while at the same time optimizing their footprint to respond to the ongoing evolution of ‘clicks and bricks.’ International luxury brands will continue to dominate the high street, providing a boost to the key destination cities with high exposure from tourism and strong foot traffic.” 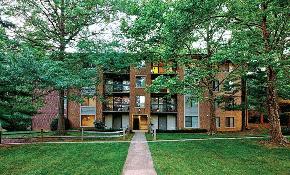 “Adding new affordable housing has been a major focus of the bank.” 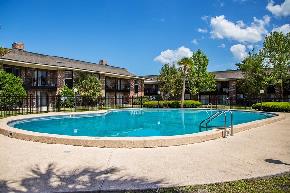 “Jacksonville continues to have an abundance of value-add opportunities coming on market, which has put the metro on the top of many buyer’s target lists right now.”