CALABASAS, CA—The question of whether the Federal Reserve decides at its meeting next week to raise its benchmark lending rate will rest upon “a foundation of solid economic trends that will also underpin increased space demand and propel rents in all types of commercial space,” Marcus & Millichap says in a special report. Although commercial real estate owners and investors are wondering what impact an interest rate increase will have on borrowing costs, spreads and asset valuations, “the relationship between rising interest rates, a strong economy and continued vitality in commercial real estate seems quite compatible.”

For one thing, MMI notes that the relationship between the federal funds rate and CRE debt is indirect at most. “Typically, the Fed Funds rate is set to suppress inflationary pressure that accompanies an expanding economy,” according to MMI’s report. CRE lending and valuations are based mainly based on longer-term rates, most commonly the 10-year Treasury, “that do not move in unison with short-term rates.” Not incidentally, the 10-year Treasury remains “well beneath the long-term average.”

For another thing, the economic trends that would lead the Fed to push the button on a rate increase continue to bode well for real estate. “Forward-looking employment indicators, including a record level of job openings and high CEO confidence, point to further gains in staffing in the near term and intensifying inflationary pressure as wages rise,” states the MMI report. Payrolls now exceed the prior high by some four million workers, and only layoffs in the oil and gas sectors mar what otherwise is the “solid state of the labor market” that the Fed has repeatedly cited as a factor in deciding when to begin normalizing rates.

The flip side of the energy-sector downsizing is that low prices at the pump are among the factors supporting an increase in consumer spending. Low inflation is another plus, and MMI says that “a more robust pace of wage growth in conjunction with additional tightening in the labor market will also help, as will the ongoing restoration of household balance sheets to sound health.”

As the recovery in both the general economy and the commercial property sector has broadened, deal volume has increased in secondary and tertiary markets, which have also seen capitalization rates narrow. “In recent months, the spreads between class A and class B/C cap rates have begun to narrow among all property types and more markets have tightened,” according to MMI’s report. Yet even as cap rates have compressed generally in recent years, MMI is forecasting acceleration in NOI growth “as positive economic trends push down vacancy and rents continue to climb.”

MMI’s report also cites some sector-specific upsides to an increase in the federal funds rate. In the office sector, for example, occupancy could gain as a result of a rate increase. “Higher interest rates will potentially improve profitability at banks, financial institutions and brokerages,” according to MMI. “Any additional hiring that is necessitated by higher profits and climbs in activity in interest-rate-sensitive business units could spark a more substantial movement of tenants into larger layouts.” 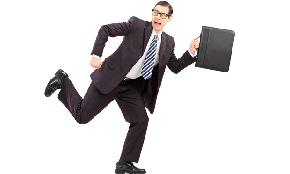 The Danger in Net Lease Investments