IRVINE, CA—Ten-X, formerly Auction.com, had a record-year in 2015 in terms of hospitality sales performance. The company closed 117 hotel transactions in 2015 with sales proceeds exceeding $461 million, nearly double its 2014 hospitality performance of $256.3 million.While the sales took place in key hotel markets across the U.S., there was a heavy concentration on assets sold east of the Mississippi, including Florida, which saw 18 hotel assets change hands in 2015 for a total transaction volume of $128.2 million. Other heavily active states included Georgia (17 transactions for $34.9 million), North Carolina (10 deals for $25.1 million), Louisiana (six for $42.3 million) and New Jersey (two for $20.2 million).“Ten-X has a dedicated group of hotel experts with decades of experience and trusted relationships that have introduced numerous clients and brokers to our proven online platform,” said Anthony Falor, managing director of Ten-X’s national hospitality group. “On the heels of a tremendous 2015, we are poised for continued growth in 2016 as we prepare to launch new enabling technologies that empower buyers, sellers and real estate professionals with added control, better insight and even greater reach.”“When it comes to brokering hospitality sector assets, our firm appreciates the process, transparency and superior closing experienced on this platform,” said Daniel Beider, senior managing director & chairman of Paramount Lodging Advisors, which has closed approximately 80 hospitality deals since the platform’s inception. “We look forward to closing more deals with Ten-X in 2016.”The company has closed on approximately $1.8 billion in hospitality assets since facilitating the sale of its first hotel in 2009. The growing number of hotels being sold through Ten-X via the company’s online transaction platform – from select-service to large, full-service and boutique properties – demonstrates the effectiveness of the platform and its increasing acceptance among real estate investors, from private investors to institutional buyers. Hospitality highlights in 2015 include: 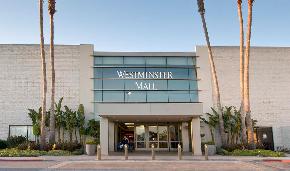 “Now the critical mass of supply deliveries is weighing on the sector,” says Peter Muoio with Ten-X.