Preparing for the Next Industrial Downturn

ORLANDO—Fundamentals support a strong finish for 2016 with some uncertainty headed into 2017 in the Tampa Bay area. So says Colliers International…

ORLANDO—Fundamentals support a strong finish for 2016 with some uncertainty headed into 2017 in the Tampa Bay area. So says Colliers International Tampa Bay industrial real estate specialist John B. Jackson. But that doesn’t mean we shouldn’t think ahead.

As evidence, he points to an economy that has witnessed 76 straight months of slow and steady recovery. By comparison, he says, the average length of an economic cycle since World War II is 58 months. 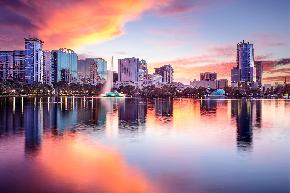 Also, employment is expected to rise in the metro area by 5.3% due mostly to leisure and hospitality hiring.

Steven Yazdani, managing director and founder of Nova Capital, looks at some of the financing issues at play during this unprecedented period.