MOUNTAIN VIEW, CA—El Camino Real, the Bay Area’s longest running arterial throughway stretching from Daly City to San Jose, is undergoing a revitalization. El Camino Real is called the “grand boulevard of meaningful destinations,” so the Grand Boulevard Initiative was established as a solution to attract new development including retail, transit, employment, services and housing along its corridor.

Construction is underway on 1101 West, the condominium community located at 1101 West El Camino Real in downtown, according to Regis Homes Bay Area. 1101 West will meet the initiative’s challenge by positioning the condominiums further from street level, which was designed to promote increased foot and bike traffic to Mountain View’s myriad offerings. The community will also provide a new bus stop directly outside of the lobby entrance. 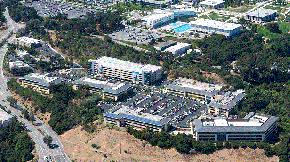 The ownership and improving market fundamentals made the deal attractive to the lender, Square Mile Capital Management.