Strategy Of Lower-Cost Options Pays Off

ALAMEDA, CA—The Waterfront is a 385,000-square-foot class-A office campus comprised of six buildings on 26 acres within the Harbor Bay Business Park near the Oakland International Airport. It was constructed by SRM for Ascend Communications, later Lucent Technologies, as its corporate campus in the late 1990s. 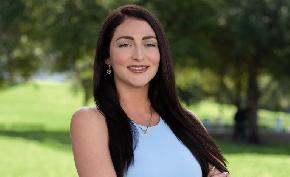 Pay It Forward: "Everyone Needs Help at Some Point, so Just Ask for it When You Need it"

"It’s important to reflect on the feedback that you’re given and leverage it to your advantage," says Taylor Parker, associate, branch manager at Bohler.