DALLAS—The combined entity bearing the Invitation Homes name began trading Thursday on the New York Stock Exchange as a merger creating the nation’s largest single-family rental landlord was finalized. Also known as Invitation Homes and trading under the INVH stock ticker it used prior to the combination with Starwood Waypoint Homes, the company owns and manages a portfolio of approximately 82,000 single-family properties.

The all-stock merger was first announced in August. Starwood Waypoint was itself the product of a 2015 merger between Starwood Waypoint Residential Trust and Colony American Homes. Invitation Homes was launched in 2012 by Blackstone, and went public earlier this year

“Bringing together the best of both companies will help us continue to enhance customer service and expand housing choices for our residents,” says CEO Fred Tuomi. “We will be able to more effectively and efficiently deliver exceptional living experiences near good jobs and good schools for families choosing to rent.”

Ownership in the SFR space remains fragmented. The combined INVH portfolio represents less than 0.1% of the more than 90 million single-family homes in the US, and 0.5% of the nearly 16 million SFR properties in the country.

The board now has 11 directors, consisting of six current directors of INVH and five former Starwood Waypoint trustees. The company will remain headquartered in Dallas and will maintain a presence in Scottsdale, AZ. 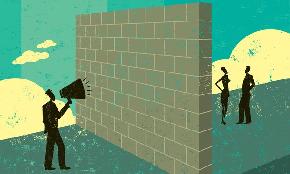 As Employees Return to the Office Communicate, But Don’t Overpromise

As people come back to work, they need to know about your cleaning procedures and air quality.