Most of the proposed development is planned on properties that are publicly owned or owned by private development companies with a scale that respects neighboring, existing uses as well as Trenton’s 250 Master Plan.

Hear our exclusive audio interview with George Sowa about the Trenton Amazon HQ2 bid in the audio player below.

The economic development organization formed to advance economic revitalization efforts in the state’s capital city says its submission presents a framework for highly transit-oriented, mixed-use development that includes five interconnected campuses; a transportation and pedestrian network as well as green space and recreation.

Greater Trenton decided to submit a proposal, despite the fact that New Jersey Gov. Chris Christie has thrown the state’s support behind a bid for the Amazon headquarters by Newark. Earlier this week, the governor announced that the state and Newark would offer Amazon a package of incentives that could total as much as $7 billion to encourage the selection of the state’s largest city.

“We certainly respect the governor’s decision, and understand his rationale for Newark, but ultimately it’s going to be a decision made by Amazon, and really what’s best for Amazon,” Sowa says in a telephone interview. “How we looked at it, what Trenton offered that Newark doesn’t is that it has connections to two major metropolitan areas, New York’s, which has 20 million population, as well as Philadelphia’s six million person population, and tremendous access to both via rail and highways .”

Trenton has other advantages over the state’s preferred location, Sowa says, including access to international airports in both Newark and Philadelphia, and easy access to 11 of Amazon’s fulfillment centers in New Jersey and eastern Pennsylvania.

“There’s over 1.2 million students within a 70 mile radius of Trenton, so if you’re looking for a young, educated prospective work force, we have all that and more,” he says. “It just seemed like it was an opportune time to look at Trenton in a different way, and really realize the potential that the city does offer.”

Sowa says he believes that if Amazon decided it liked the Trenton bid better than Newark’s plan, the state is likely to pony up a similar incentive package to the $5 billion in Grow NJ tax credits offered in the Newark plan.

“Attracting Amazon to New Jersey is paramount,” Sowa says. “I’m confident that if Amazon were to choose Trenton or anywhere else in New Jersey for that matter, the state would rally behind that decision and offer the tax credits to ensure we get the 50,000 jobs that Amazon is offering as part of this proposed headquarters location.”

The Greater Trenton plan was submitted in conjunction with the City of Trenton and Mercer County. It showcases 14.3 million square feet of highly transit-oriented mixed-use development among five interconnected campuses in the city that includes office, residential, parking and retail space.

“Clearly this is an extremely competitive process with cities across North America courting Amazon for this potential $5 billion second headquarters project. But we can’t showcase the possibilities and demonstrate our abilities by sitting on the sidelines,” says Sowa. “Developing this proposal has been a great opportunity to collaborate with residents, public and private officials and continues our efforts to change the dialogue, broaden expectations and consider positive outcomes as they relate to the City of Trenton and its untapped potential for economic growth and revitalization.”

The plan concentrates development at the Trenton Transit Center and creates a linear-connected campus by incorporating opportunities along both of Trenton’s existing light rail stations. Further, the plan showcases development opportunities in Trenton’s downtown by connecting to, and through, the downtown to provide development and recreational activities utilizing the city’s extensive riverfront and network of parks. Linking the various campuses is achieved by creating a network of pedestrian and bike paths and enhancing existing highway connections.

Most of the proposed development is planned on properties that are publicly owned or owned by private development companies with a scale that respects neighboring, existing uses as well as Trenton’s 250 Master Plan.

“Trenton is open for business. That’s the message we’re sending not only to Amazon but to businesses of all sizes,” says Trenton Mayor Eric Jackson. “This is an opportunity for Trenton’s residents and businesses to benefit from employment and business with a major international company and to enjoy the many improvements and enhancements planned throughout the city.  From properties to mass transit to access to recreational opportunities and the ability to employ our existing residents and to attract a talented workforce, our feeling is that the capital city has tremendous assets that fulfill Amazon’s requirements for a second corporate headquarters.  Greater Trenton has done an outstanding job serving the city as an expert resource, bringing together residents and key partners from the city, county and state level to develop this very exciting proposal.”

According to Brian M. Hughes, Mercer County Executive, the county offers a highly skilled workforce, a parks and recreation system, and the Trenton-Mercer Airport.  “We have all of the ingredients of success for companies of all sizes,” Hughes says.

“Amazon is looking for communities that think creatively about real estate options. And there’s no shortage of thinking outside of the box when it comes to this innovative proposal. That’s how positive change occurs,” says Bernie Flynn, one of the Greater Trenton co-chairs.

“Trenton is at the center of the New York City and Philadelphia markets with connectivity to Washington D.C.,” says Skip Cimino, the other co-chair. “Promoting and leveraging the many assets of the capital city, the region and identifying opportunities for smart growth speaks directly to Greater Trenton’s mission.” 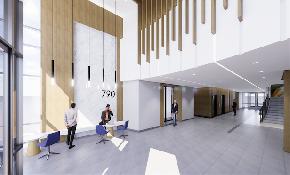 The Philadelphia-based real estate investment advisory firm, also notes that it has begun capital improvements involving both interior and exterior upgrades at the nearly 467,000-square-foot property. 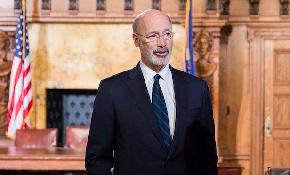 Pennsylvania Closes All ‘Non-Life Sustaining’ Businesses in Response to Coronavirus