US Industrial Market Still Has Room to Run

Nearly half of the industrial space under construction has been pre-leased, the most since 2000, and this level of demand is seen in a broad cross-section of markets, not just ones on the coasts.

CHICAGO—Many people have started to wonder how long the industrial sector’s extraordinary run will last. CBRE Group, Inc. has run the numbers, however, and says the current streak of positive absorption should last well into next year.

Almost half of the 167 million square feet of US warehouse space under construction in the first quarter—72 million square feet—has been pre-leased by tenants, primarily e-commerce, third-party logistics and retail users, according to a new report from the company. And experts say that means developers have not overbuilt.

“We are eight years into an economic expansion cycle, and a corresponding real estate cycle, which is a long time for both,” David Egan, Americas head of industrial research, CBRE, tells GlobeSt.com, and many of the company’s clients were asking how much longer this could continue.

An oversupply of new construction usually means a coming slowdown, but in the past few years, developers and lenders adopted a disciplined approach to new construction, a strategy dictated by worries about repeating the mistakes made in the run-up to the recession. “The demand has been extremely high, but builders have not been as active as you might expect.”

Still, in the last six to 12 months, new construction has picked up and warehouse construction has reached its highest level since 2000. Tenants, however, continue to show up and compete for space in a broad cross-section of markets.

In fact, the current tally of pre-committed warehouse space is the highest since 2000, CBRE found. In addition, the current ratio of space under construction that is pre-leased to occupiers – 43% – exceeds the 17-year average of 38%.

“The risk of oversupply is extremely low, if not non-existent,” Egan says.

Furthermore, industrial construction typically takes 12 to 18 months, so this kind of analysis usually looks ahead roughly four to six quarters. Egan concludes the current state of the market will last at least that long. His team is getting ready to do the same calculations for this year’s second quarter, and he “would be very surprised if anything has changed in the past few months.”

When looking at the 10 US markets with the largest amount of warehouse construction underway as of the first quarter, tenants have committed to 36% of the space under construction. Among these markets, Denver leads the way with 70.3% of its space pre-committed, followed by Kansas City at 54%, Chicago at 51.3%, Indianapolis at 50.6% and New Jersey at 43.3%.

The top Midwest markets have done especially well, and although Egan is reluctant to read too much into those numbers, he does say it illustrates that the strength of the US market is no longer confined to the top-tier coastal regions. He attributes this to the expansion of e-commerce and the desire among consumers to get their purchases delivered faster than ever.

“That means having a warehouse in Kansas City is as important as having one in Los Angeles,” says Egan. And in the smaller markets, developers usually find it more difficult to get projects underway, making whatever new class A space that does open up especially valuable.

“The business need to be in these markets is high,” he adds. And with all that competition, sitting back and evaluating options, instead of quickly signing a lease, “in many cases is not a risk worth taking.”

Overall, despite the many years of expansion, “the market still has room to run.” 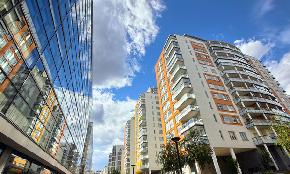 According to NMHC, 77.4 % of households who live in apartments paid partial or full rent by July 6.