What You Need To Know About the Rent Control Measure

The passing of the proposal will give communities the power to create new rent-controlled units for the first time in over 20 years.

The Affordable Housing Act which was presented by Assembly members Richard Bloom and David Chiu as AB 1506, died in the Assembly’s housing committee earlier in the month.  Now a new proposed ballot measure plans to repeal the 1995 Costa-Hawkins Rental Housing Act. Costa-Hawkins Act, the state law which more directly effects 5 of the 15 California cities with rent control, applies to large housing developments built prior to 1995 and does not include single-family homes, condos, and duplexes.

Currently, in these markets, the landlord has the right to raise rents upon a tenant moving out and second, prevents the capping of rent on units constructed after February 1995.  In Los Angeles City, rent control is applied to units constructed prior to October 1979, under the Rent Stabilization Ordinance, and yearly increases are capped at 3% to 8% (as set by the Rent Control Board) for the controlled units.

As a self-described union for renters, the Alliance of Californians for Community Empowerment (ACCE), filed the paperwork along with Michael Weinstein, President of AIDS Healthcare Foundation. Citing that California is facing a growing demand for affordable housing, a rise in homelessness and the historic housing crisis is pushing out low- and middle-income renters out, at times even in cities with some rent control.

Supporters like the ACCE, say they have been gathering signatures easily, as people are expressing enthusiasm for the proposed November ballot.  They have already collected 100,000 signatures, of the total 365,880 signatures needed by June to qualify for the ballot.

Critics like the California Apartment Association, fear the repeal of Costa Hawkins would present “extreme versions” of rent control and bring new housing construction to a stop. Landlords, investors, and developers are voicing the same concern of a reduction of new construction because the ballot would limit profit and financing options.  In a 2009 court decision on housing mandates, Costa Hawkins helped in striking down LA’s development requirement to include affordable units in many of the new constructions buildings.   If the current law is repealed, any city or county could apply rent control on any type of housing it wants to.

A statewide poll from last year showed a 60% support for rent control, which is in line with housing and tenant displacement, being top state concerns.  Currently, 200,000 housing units are needed, per year to keep with rising demand, though approximately 80,000 units are being built annually. Public Policy Institute of California states, rents have increased more than 40 percent in major cities since 2015.

With great opposition support, a full repeal of Costa Hawkins appears unlikely.  However, the supporters of the bill have budgeted for the initiative. The passing of the proposal will give communities the power to create new rent-controlled units for the first time in over 20 years.  For the cities that choose to pass their own legislation, it will take time before the repeal would have a direct effect.

The views expressed in this article Sturai Yusufi, Commercial Brokers International’s own. 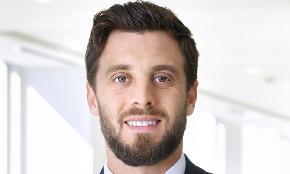 What Does Repairing Infrastructure Have to Do With Healing Communities? Everything.

Lawmakers are looking for innovative ways that at-first-glance-unrelated business, such as road-paving, might also be an opportunity to positively impact the nation’s most pressing current needs.

The Farley Building is a cornerstone of Vornado’s new Penn District, where the REIT owns 10 million square feet.

PocketList is an apartment rental platform that provides rental listings before they come to the market.