BOISE, ID and CAMP HILL, PA—In a defensive play that’s said to build on the complementary strengths of two formats, grocery giant Albertsons Cos. will merge with Rite Aid Corp. Financial terms were not disclosed, although the Wall Street Journal reported a combined market value of about $24 billion including debt. The deal will entail Albertsons, which was taken private by an investment group led by Cerberus Capital Management in 2013, going public once again following its merger with Rite Aid, which trades on the New York Stock Exchange under the RAD ticker.

The pharmacy chain that Albertsons is acquiring will run to more than 2,500 stores, or a little over half the size of the Rite Aid operation with which Walgreens Boots Alliance sought to merge. However, the Justice Department shot down the proposed Walgreens/Rite Aid merger last year on antitrust grounds.

Finally Out of Negative Territory, REITs Make a Minor Rebound

But BTIG says not to get complacent because they were flat for a while pre-pandemic. 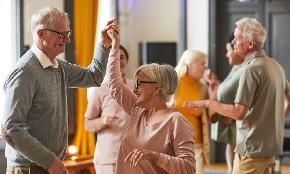