Ballston has been battered a bit by relocations out of the submarket.

ARLINGTON, VA–Software company OpenWater has taken 5,000-square feet on the 2nd floor of 4401 N Fairfax Dr. Clearly the lease is not on par with, to name one example, the 244,000 square feet that Nestle took in Rosslyn last year. But the tiny lease is notable for what it represents: Ballston’s vacancy rate is on the rise due to a few relocations out of the submarket. With OpenWater we have a company relocating from the District, where it has been for eight years, into Ballston. With the move the company has expanded its footprint by 120%.

In its Q4 2017 report on Northern Virginia, Cushman & Wakefield wrote that:

Ballston experienced a large increase in vacancy, due to the National Science Foundation vacating its space at 4201 Wilson Blvd. and 4142 Wilson Blvd. Future vacancy in Ballston will be further impacted as AvalonBay Communities pre-leased 73,000 square feet of space at 4040 Wilson, relocating its headquarters from 671 North Glebe Rd. The new headquarters for AvalonBay will deliver in 2020.

On the positive side, the Office of Naval Research renewed its lease for 315,000 square feet in Ballston in the fourth quarter.

The new ownership plans to invest and additional $55 million to redevelop the 531-room property. 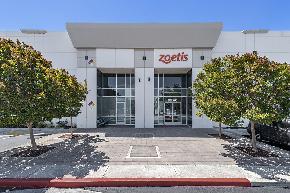 The joint venture acquired the four-building life science campus in 2001, and has maintained 100% occupancy since taking ownership.