‘Opportunities Right on Our Doorstep’

Although Noddle Cos. has spearheaded more than 150 projects across 17 states, its hometown of Omaha is fertile ground for no fewer than three office campus developments underway simultaneously for global corporations.

OMAHA—Nebraska’s largest city is widely recognized as the hometown of Berkshire Hathaway, but serving as the seat of Warren Buffet’s sprawling investment empire is hardly the only thing Omaha’s got going. In recent years, the city’s downtown has undergone extensive development, in terms of both redevelopment and greenfield projects. “There’s a lot that has contributed to this,” says Jay Noddle, CEO of Noddle Cos. “The growth that we’re seeing now is equally as remarkable.”

The growth of Noddle Cos. parallels that of the Omaha region. Founded in the early 1970s as a small regional shopping center developer, the company has undertaken more than 150 office, retail and mixed-use commercial developments in 17 states, currently including a 200-acre MXD in the Denver suburb of Thornton, CO. However, Noddle tells GlobeSt.com, “Over the past few years, our focus as far as new development is concerned has been fairly close to home, principally because the Omaha region has been very active. There have been quite a few opportunities right on our doorstep.”

Non-optimal activities, limited technology use and labor issues continue to plague the construction and logistics industries, with the former accounting for $177.5 billion in US labor costs per year. 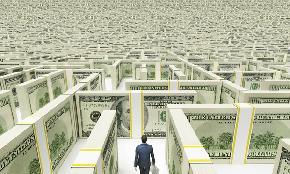