Is There a Plastics Bubble Growing?

The massive growth of resin plants in the US—growing by 50%—will likely be exported to Asia through the Los Angeles and Long Beach ports. 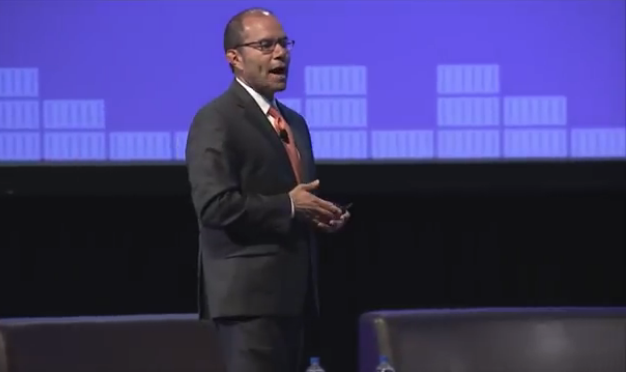 There is a plastics bubble growing in the US, and when it bursts, the West Coast ports are likely to benefit. Steve Gonzales, VP of sales and marketing development at Plastic Express, spoke at the recent Pulse of the Ports conference about the increase in resin manufacturing in the last few years, and pinpointed Asian countries as the likely consumer of the resin production. If that happens, he says, much of the resin produced along the Gulf Coast will be shipped through the West Coast ports.

“There is a plastics bubble that is about to burst in the United States, and when it does there will be a positive impact on every one in this room today,” Gonzales said during his presentation at the annual Pulse of the Port conference this week. The bubble began with the Shale Gas revolution, which fueled access to inexpensive fuel and gave resin producers access to the global economy, according to Gonzales. In the first wave, there will be a 50% increase in polyethylene production by 2022. “These are staggering by numbers,” says Gonzales, explaining that there is $187 billion currently allocated to resin the construction of resin plants.

The curve ball, however, is that this resin won’t be consumed in the US. Gonzales says that producers are looking for large and emerging middle classes in global markets. In the next five year, he says that 160 million people will join the global middle class each year—and Asia will account for 80% of that growth.