Who Are CRE’s Best Bosses?

All successful leaders share similar qualities, but the best ones have that extra, oft-undefinable “something” that attracts and drives those around them. 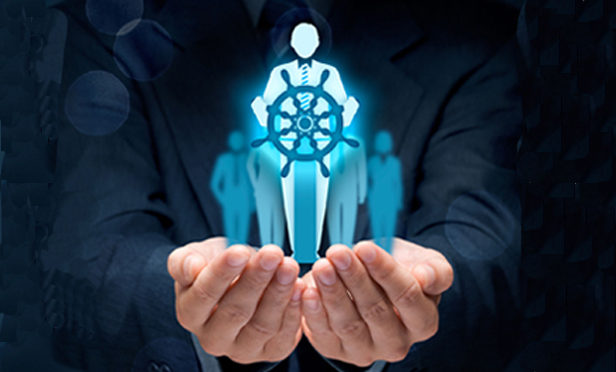 Most individuals who’ve risen to leadership status share similar qualities: ambition, financial prowess, knowledge and connections—you name it. Yet the best ones—the leaders that head the most successful teams, that have the greatest reputations in the business, that are held on pedestals by employees and colleagues alike—truly stand out, whether they’re social butterflies or humble shepherds that hang out under the radar.

Call it chutzpah, call it charisma, call it magnetism. Whatever you call it, the best leaders have a certain “X Factor” that not only makes people want to work for them, but also to spend time with them, strive toward collective goals and, often, to be like them. That mysterious set of qualities drives innovation, loyalty and success for these individuals, their firms and the people with which they surround themselves.

For the third consecutive year, Real Estate Forum is collecting submissions for this year’s Best Boss in Commercial Real Estate. To compile our annual list, our editors first collect hundreds of nominations from our readers. After culling the entries to a shortlist of frontrunners, we then poll thousands of our readers—particularly, those individuals’ staff and colleagues—for their thoughts on what it’s like to work with, and for, the finalists.

Not only do we name an overall Best Boss in the Business on our cover, but we also feature the standout leaders in a number of categories.

Our first-ever Best Boss was Andrew Wright, who founded his own CRE service firm at an age when most young professionals are still gaining their footing in the business. The 26-year-old launched Franklin Street in 2006, and within a decade had made his mark not only on the industry, but also on the people around him. Read more about what makes Wright a great leader, along with the 25 other executives profiles that year, in the June 2016 Leadership Issue.

Our 2017 Best Boss was Avison Young’s Mark Rose, who also made an appearance on our list the previous year. What put him at the top of the list last year was an outpouring of popular support from Avison Young team members and colleagues at all levels—all of whom have first-hand impressions to draw upon as evidence. Just as important was the strategy Rose developed when he came aboard as CEO in 2008, and which he carries forward both by expanding on it and leading by example: that of a “differentiated company” that is principal-led and collaborative. Check out the June 2017 Leadership Issue to read more about Rose’s approach to leadership, as well as that of the 25 others who made the final selections.

True leaders manifest themselves not only through performance but also by the way their employees feel about them. The individuals who grace the cover and the pages of our Leadership Issues have all proven themselves qualified and worthy of heading up some of the most successful firms and people in this business.

If you think your boss exhibits the qualities we’re looking for, submit our nomination for this year’s Best Bosses in the Business. Visit the contest’s official website through April 6 for more information and to submit a nomination.

Why Customer Experience Is A Must Focus for Multifamily

Shifting consumer expectations have caused a revolution over the last few years. It’s time for multifamily owners and operators to take notice.

LIHTC, Construction, and Green, Oh My!

While pursuing green financing on an affordable housing deal seems like an extra level of complication, broader benefits and cumulative savings may make the effort worthwhile.