Why Are We ‘Freaking Out Like Retail Is Going Away?’

Sure, there are some retail closures, but the ratio is 90 to 10, according to speakers on the capital markets panel at RealShare Southern California, who showed a lot of faith in the future of retail. 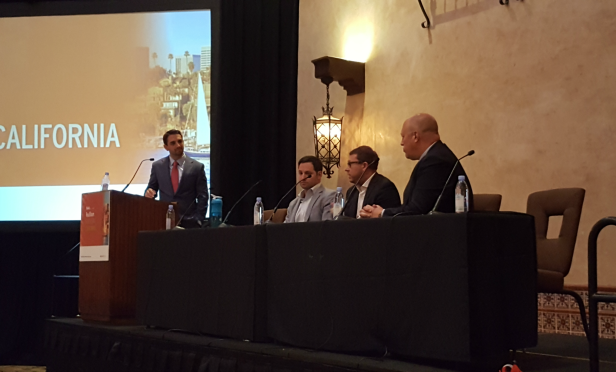 “We are freaking out like retail is going away,” exclaimed Clark Briner, founder and president at Revere Capital, on the Capital Markets Update: What’s In Store for 2018 panel at RealShare Southern California. While there are a lot of headline about the failure of retail, Briner pointed out that the ratio is 90 to 10, and our brick and mortar presence isn’t going anywhere. The panel included speakers Michael Klein, co-Founder and CEO at Freedom Financial Funds; Bryan Shaffer, principal and managing director at George Smith Partners; and Zach Murphy, co-founder and managing director at Pender Capital, with moderator Marc Renard, managing director of capital markets at Cushman & Wakefield.

While it may be true that retail isn’t in as much trouble as the industry narrative suggests, Renard said that most of it is commodity retail, and it does warrant caution. He specifically said that B- and C-class malls are a tremendous concern from a capital markets and investment perspective. He wasn’t alone. Murphy said that in New York City—which tends to run ahead of economic shifts in other major markets—retail is in bad shape. “Retail in New York is a disaster. The vacancy is unbelievable,” he said on the panel, adding that there are vacancies everywhere and rates are falling as a result.

Klein, on the other hand, is focusing on retail. In fact, about half of his company’s business is retail. “You have to dig in and ask what kind of retail is it,” he said, acknowledging that there is “good” and “bad” retail in this market, and that much of the quality of the retail is based on location and the tenant mix. Consumers are shopping, but a lot of the traffic is driven by strong brands. “You have to look at competition at the center to understand what the tenant base would be. If it is a no-name retailer, I am not excited to finance that.”

Resident Retention Heads Back to Normal

At its weakest, US apartment resident retention got down to 51.1% in December 2020.

Single-Family Rental Construction Up 66% During the Pandemic