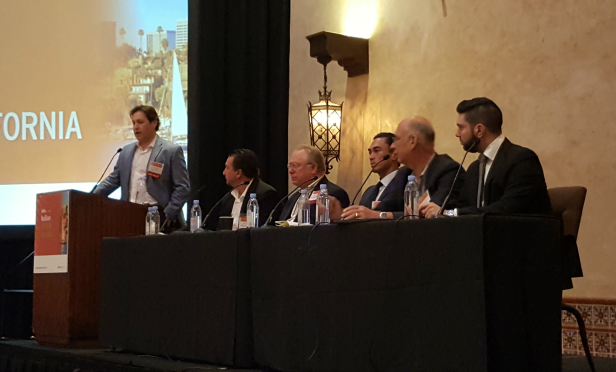 The Uncovering Hotspots panel included speakers Bob Sonnenblick, principal at Sonnenblick Development; Adrian Goldstein, founder at CGI Strategies; Rick Raymundo, senior managing director of investments at Marcus & Millichap; and John Petrov, president at Baldwin Construction, with moderator Marcus Arredondo, corporate managing director at Savills Studley—and many of them agreed that we were nearing the end of the cycle, even if real estate wouldn’t be its demise. Sonnenblick said, “We are at the bottom of the ninth with two outs. The game is over.” Raymundo echoed the opinion, saying, “The game is over and we are in a rain delay,” adding that a lot—at least for real estate investors—will hang on the outcome of the Costa Hawkins repeal. Petrov was more positive with his outlook, putting the cycle at the 7th inning, but adding no more commentary.