Single-tenant retail demand is high, and with little supply to meet the demands, Sands Investment Group says pricing is up as much as 20% this year compared to last year. 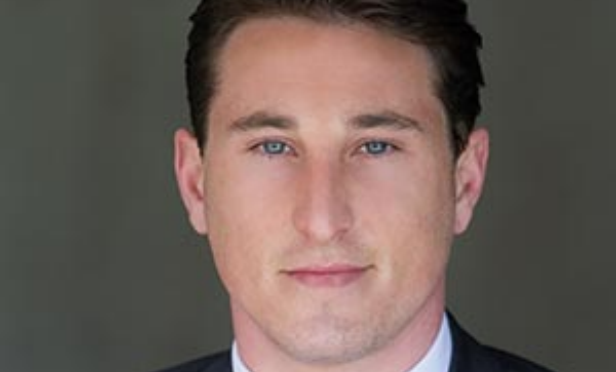 Single-tenant retail demand is soaring in the first months of this year, a notable change from early 2017 when retail demand waned. This year, Sands Investment Group says that they are experiencing a 20% increase in retail pricing from the same time last year. The firm recently sold a Panera Bread retail property in Fresno, CA, at a record cap rate for the retailer of 4%. We sat down with John Cigliano of Sands Investment Group to talk about cap rates for single-tenant retails, and where they are heading.

GlobeSt.com: Where have cap rates for single-tenant retail properties been so far this year?

John Cigliano: We saw somewhat of a market lull in the first half of last year, but fourth quarter volume did very well, and that carried over into the first quarter of this year.  In a market where demand seems to be outpacing supply at times, as a company we are up 20% from where we were at this point in 2017.

GlobeSt.com: Where do you see cap rates for these properties heading, and why?

Cigliano: Sentiments on cap rates have become slightly more bearish. CAP rates have moved up for larger price point deals in which financing is more heavily relied upon (as interest rates have risen), but properties with experienced tenants, the ‘best in space’, remain highly sought after. This applies to the location also; after all, quality of real estate and its value are forever correlated. Especially in this environment, where investors are drawn to utility more than ever, and there seem to be more unknowns than certainties on the horizon for retail as it evolves.

GlobeSt.com: You recently sold a Panera bread at a record cap rate of 4%. Why have cap rates for these properties compressed, and why are they so popular among buyers?

Cigliano: Whenever you are dealing with drive-thru restaurants in a state like California, you will generally see those properties sell for a premium compared to similar deals in states & counties where the cost of land may be cheaper and permitting less cumbersome. Additionally, Panera Bread has garnered attraction from investors given their consistently rising sales, string of recent acquisitions (both in being acquired by global coffee giant JAB Holdings & in buying up their former brand turned competitor ‘Au Bon Pain’), last and not to be overlooked, Panera leads the QSR segment in healthy food offerings, buying into the popular trend.

GlobeSt.com: This property is outside of a major city and is hitting record cap rates. Are you seeing buyers leave Los Angeles or major markets to look for opportunities, and if so, why?

Cigliano: In short, yes. This asset was a new construction, corporate backed lease and an out parcel to a retail power center anchored by strong performing tenants and situated within a desirable and growing area of Fresno, CA. There is huge demand for properties located within major counties like Los Angeles, but investors in these MSA’s are typically long on their holdings, which leads to shortage in supply. As a result, we are seeing Buyers who traditionally seek to invest in major markets begin to branch out to markets like Fresno, which despite being the 5th largest county in California, might be perceived to have room for value, with respect to population growth and socioeconomic gains. This perception applies to markets and cities across the United States.

GlobeSt.com: Overall, what is your outlook for single-tenant retail investment activity this year?

Cigliano: Even with less affected asset classes there has been a larger spread between asking cap rates and the eventual sale price. This trend highlights a shift in pricing expectations for both Buyers and Sellers of these assets, one which should continue especially for properties with undesirable lease terms, that tend to be in secondary or tertiary markets, and/or are operated by inexperienced tenants or having guarantors with weaker than average financials. Selectivity in demand should lead to a more considerate approach in development of new assets, considering tenants are striving for smarter and leaner operations in this cost rising environment. Ultimately, this is what drove the price on the sale of the Panera, and if asset supply of this quality continues to exist in the net lease space, so too will the demand for them, and at premium prices.

Worthe Real Estate Group and Stockbridge will acquire the 32-acre Ranch Lot in Burbank with plans to invest $500 million to redevelop the site.