Did The Supreme Court Just Save Retail?

Despite the additional costs that consumers will pay now for online merchandise, the concept and culture of e-commerce is so baked in that South Dakota v. Wayfair will not be a game changer.

WASHINGTON, DC–In September 2019, a mall in Toronto owned by Ivanhoé Cambridge will debut the first Cirque du Soleil Entertainment Group’s concept of indoor family entertainment experiences specially designed for retail locations. Called CREACTIVE, it basically lets shoppers take the stage and flex their inner circus skills. “CREACTIVE is perfectly aligned with our vision for the future of retail: to join forces with the right partners to offer innovative experiences for the benefits of local families and communities,” said Claude Sirois, president, Retail at Ivanhoé Cambridge in a prepared statement.

CREATIVE is the latest example of how retail is remaking the shopper experience by offering exciting experiences and entertainment. Experiences and entertainment, it can be noted here, cannot be disintermediated by the Internet. Retail has been heading in this direction for some time and for many reasons — a main one being the bleeding it has suffered from online sales competition.

Yesterday the US Supreme Court struck a blow on behalf of physical retailers with its 5-4 vote in the case South Dakota v. Wayfair. Essentially it ruled that US states may impose sales taxes on Internet businesses, even if they don’t have physical locations in those states.

“Each year the physical presence test becomes further removed from economic reality and results in significant revenue losses to the States,” Kennedy wrote. “These critiques underscore that the physical presence rule, both as first formulated and as applied today, is an incorrect interpretation of the commerce clause.”

At its heart, this was a story about states seeking to recapture lose sales tax revenues as well as one about the supposedly unfair advantage that internet retailers have had for so many years over brick-and-mortar stores that must pay sales taxes.

Now that the Supreme Court has spoken, the question becomes how much of a benefit will physical retail realize?

One thing is for certain: the trend of experiential retail offerings such as CREATIVE is here to stay. Or put another way, the concept and culture of e-commerce is so baked in with consumers that the additional costs that will be imposed will not be a game changer.

“Physical retailers surely will benefit from this decision, but the universal sales tax imposition alone will not be enough to reverse retail’s decade-long slide, in part because consumers already are very comfortable with shopping online, and the lack of sales tax is only a relatively minor consideration in their shopping decisions,” Colliers Chief Economist Andrew Nelson tells GlobeSt.com.

He notes that surveys by comScore show that the lack of sales tax is the primary factor motivating only 10% of online sales, while free shipping (54%) and the availability of exclusive online deals (23%) are far more important.

“Amazon — by far the dominant e-commerce retailer, with more online U.S. sales than the next nine such retailers combined, according to ecommerceDB.com — already collects sales taxes on all products it sells directly in 45 states plus Puerto Rico and the District of Columbia though not always on goods it sells on behalf of affiliates.” And with other leading retailers having followed suit, as a practical matter most consumers are already paying the tax.

Indeed University of Richmond tax law expert Hayes Holderness tells GlobeSt.com that  Amazon quite expertly has flipped the script on e-commerce from “buy it sales tax free” to “buy it conveniently from your home.” “In light of this change, don’t expect the ruling to hurt the growth of e-commerce in any significant way,” he says.

With this Nelson agrees. “The diversion of these sales from physical to online retailers undoubtedly has hurt brick-and-mortar retailers, but physical retailers are facing a host of other challenges that are forcing a fundamental reckoning.”

He notes that e-commerce itself is nearly not responsible for all of the problems befalling the nation’s malls and shopping centers. “Online sales still account for only 10% of non-auto retail sales, rising to 20% or more if  the retail categories that typically are not sold online are excluded, such as groceries, home improvement, small convenience items and prepared foods.

“Physical retail will still have to find ways to counter e-commerce’s convenience argument, and the change in tax collection obligations is unlikely to alter that fact,” Holderness says.

Challenges In Both Camps

It should be noted that this decision will move forward into the online retail world ease. E-commerce vendors will have to figure out how to handle the byzantine system of sales and local taxes, although many have anticipated this ruling and gotten a jump on this issue. “How it is implemented will be important and will be subject to much debate especially as the tax relates to companies doing business across and within every state,” says James M. Rishwain, Jr. Partner of Pillsbury Winthrop Shaw Pittman LLP.

Meanwhile retail, for all the challenges it is still facing, can expect easier times — although not necessarily because of the ruling.

“There’s reason to believe that some of the worst pain is behind us as industry players adapt to the new market and consumer realities,” says Collier’s Nelson. “But that doesn’t mean retailers can now rest. Hardly. Retail sales will not swing strongly back to physical retailers just because sales taxes will now be universal online.” 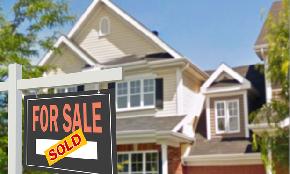