“We have to grow,” John Banks of REBNY tells James Nelson in this EXCLUSIVE column for GlobeSt.com.

NEW YORK CITY – This month, I had the pleasure of sitting down with John Banks, president of the Real Estate Board of New York (REBNY). In his three years as president, Banks has facilitated a new 421-a tax abatement program, now known as “Affordable New York,” the Midtown East rezoning project, as well as laws for fairer rental housing. Banks has a desire that New York City continue to be a magnet for young professionals and other business people to live and work. He believes that building affordable housing and providing quality office spaces will be key to maintaining this status. “We have to grow,” he says. “The issues are complex and they’re rewarding when you can do something.” REBNY works closely with the government, and local property and business owners to find worthwhile solutions. Here are some of the highlights of REBNY’s major initiatives:

Affordable New York It took two and a half years to get Affordable New York through the legislative process. According to REBNY, under the new plan, residential developers can qualify for the tax abatement under three conditions: they must have projects located in designated areas of Manhattan, Brooklyn and Queens, they set aside rental units that will stay affordable for 40 years, and they pay “enhanced” wages and benefits to construction workers. “Ultimately, we came out with the program that we think will benefit both the developers and the trades and allow us to build a substantial amount of…multi-family affordable housing,” Banks said.

As-of-Right Development Another challenge to growth Banks addressed is the attack on as-of-right development from many advocacy communities. As-of-right developments comply with all applicable zoning regulations and do not mandate review by community boards. This has caused some communities to fear that continued development of the city will impinge on their quality of their life. “There is a balance that needs to be struck, but it’s not an impossible balance, and I’m very encouraged by [Marisa Lago’s] reasonableness and her openness to allowing development to go in a responsible manner.” Lago is chair of the City Planning Commission. Banks feels that as-of-right development is essential to maintain New York’s status as a top destination for working professionals. “We have to be reasonable, but we certainly need to be able to build with some certainty,” he said.

Public-Private Partnerships A good example of balance between a public-private partnership, according to Banks, is REBNY’s recent Midtown East redevelopment project. The goals of this project were to allow additional density to make buildings that fit contextually within the Midtown East quarter, and to provide transit improvements for people coming in and out of the area via mass transit. According to REBNY, Midtown East should expect 6.5 million square feet of new, modern office space over the next two decades. In addition to new developments, existing offices will be upgraded into Class A space and subways will undergo “critical improvements.” The rezoning should create 28,000 permanent jobs and provide 23,000 construction jobs.

Real Estate Tax Reform A major concern for continued growth of New York is property tax reform. Mayor de Blasio has recently established a property tax commission to deal more directly with these challenges. “They have a very challenging road ahead of them because the property tax system in New York City is one of the more complex and complicated mechanisms for generating revenue by any municipality in the country,” Banks said of the property tax commission. In a city where two-thirds of the people live in rental apartments, the property tax system is skewed towards one-, two- and three-family homes. According to Banks, with the construction of multi-family affordable housing, tax policies will have to be shifted accordingly, meaning that the single-family class one and class two homes will likely pay higher taxes.

Small Business Jobs Survival Act and Vacancy Tax The Small Business Jobs Survival Act (SBJSA) bill, which has been proposed alongside vacancy tax for vacant retail, is also a concern for the growth of New York’s real estate market. SBJSA would apply to all commercial lease renewals and gives tenants the right to a 10-year lease with the right to renewal, equal negotiation terms when it comes time to renew their lease and includes restrictions to prevent landlords from passing their property taxes on to small business owners. “It seeks to fix a problem that I would argue doesn’t actually exist. What we’re seeing in the market is that there is a roughly a 20 percent vacancy rate in some of the more distressed areas but that is a normal thing,” Banks said. “Applying the commercial rent control or the Small Business Job Survivability Act to all properties is trying to kill a fly with a sledgehammer. It’s not appropriate. It’s not going to be effective and the unintended consequences of that legislation would do more harm than good.” Banks notes that heavy restrictions, such as those that had been put in place on the Upper West Side, have resulted in higher vacancy rates. “We want to be helpful. We want to be thoughtful. We have urged that the first step that needs to take place is an analysis so that we can deal with facts and reality.”

Conclusion Substantial progress has been made to keep New York City one of the most desirable live, work and play cities. Having a successful public-private partnership is essential to keeping the city moving forward.

Since Nelson’s start in the real estate industry 19 years ago, he has played an integral role in the New York City real estate market. He leads a team of professionals in a variety of client service offerings, including asset disposition, asset recapitalization, market research and financial analysis. His proficiency and capability is unmatched in all aspects of the acquisition and disposition of investment-grade real estate, as well as development and redevelopment transactions, on behalf of both institutional and private capital clients across all property types.

Prior to joining Avison Young, Nelson most recently served as Vice Chairman of Cushman & Wakefield, where he ran a successful investment sales team that marketed over $1 billion in deals in New York City and throughout the country over the past two years alone. He was also ranked as the number one Investment Sales broker at the firm nationwide in 2016. Prior to joining Cushman & Wakefield, Nelson was a partner and top producer for Massey Knakal for six of their last eight years and was named the company’s youngest partner in 2004. While at Massey Knakal, James was involved in the sale of over 400 properties and loans with an aggregate value of over $3.8 billion. 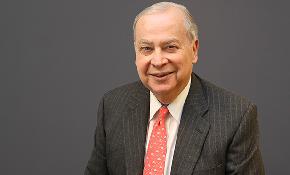 The college has relocated its classrooms from Hudson Square to the Feil Organization’s Four Park Ave.