The long awaited project, first conceived in 2000, will being nearly 1 million square feet of much needed industrial space to the Greater L.A. market. 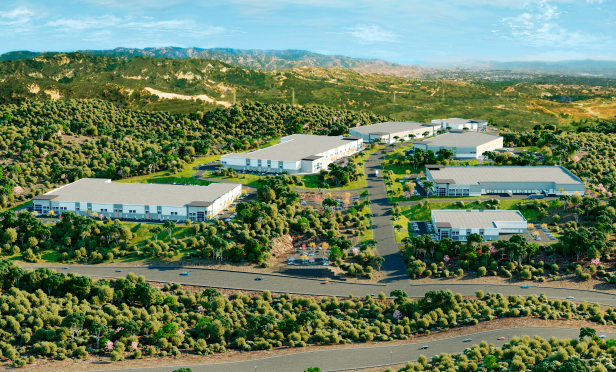 Trammell Crow Co. and Clarion Partners has officially started vertical construction on the long-awaited Center at Needham Ranch, an 869,760-square-foot, 7-building industrial and commercial campus in Santa Clarita. The project is the first phase of a larger 132-acre, 4.2 million square foot business and industrial park, which was initially conceptualized in 2000 and approved in 2003, before getting caught in litigation and then stalling during the Great Recession. Trammell Crow and Clarion Partners acquired 54 acres of the project in 2017, and have pushed it into construction.

“The Greater L.A. North market is, unlike a lot of industrial markets that are bulk distribution oriented markets, a very diverse industrial base,” John Balestra, SVP at TCC’s Southern California office. “Demand was initially driven by aerospace and aviation, then defense and media and entertainment. In the San Fernando Valley, where the average industrial size is 20,000 square feet, there are a lot of manufacturers and entrepreneurial types of companies. We are really building product to appeal to a much broader segment of the industrial base than we typically do. What has changed, both from the time the project was originally conceived, even since we acquired it a little more than a year ago, is the realization that the demand is very broad. We are getting initial inquires from a real broad range of occupiers.”