Port Activity Stumbles in July Thanks to Shipping Alliances

Cargo volumes have broken records every month this year, but fell 4.4% in July as a result of shipping alliances. 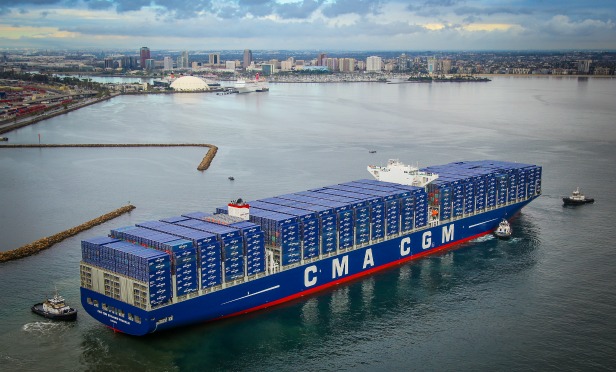 Cargo volumes stumbled at the Port of Long Beach last month as shipping alliances kicked in, shifting vessel deployment and port calls. At the start of the year, shipping alliances were expected to have an impact on container volumes in 2018—and were even discussed as something to watch at the annual Pulse of the Port’s conference. However, 2018 has been a record-breaking year for shipping volumes at the Port of Long Beach, with each month topping the previous year’s record and some months breaking records for the port’s more than 100-year history. That is especially significant considering 2017 was also a record-breaking year for cargo volumes at the port.

In July, container volumes fell 4.4% year-over-year, with a total of 688,457 TEUs moved at the port. Despite the decrease, the port says that it is still on track for a strong year. “We had a record July in 2017. That, and a shipping alliance decision to shift a vessel service were the primary drivers of last month’s results,” Eric Bradley of the Port of Long Beach tells GlobeSt.com. “The Port of Long Beach is still on pace for our busiest year ever, one year after breaking the record for containers moved in a year. Through July, our volumes have increased 11.3%—almost 500,000 twenty-foot equivalent units more than the same point in 2017.”

Parkview Financial closed a record-setting year with more than $600 million in originations, led by residential deals.

RAAM Construction: Affordable Housing Is a Bright Spot in a Sea of Uncertainty

While the multifamily sector is still understanding the impacts of the COVID-19 pandemic, affordable housing is showing strong fundamentals.