NEW YORK CITY—For an alternative to power from coal and deep water fracking, E2 (short for Environmental Entrepreneurs) published a report urging development of offshore wind energy. It commissioned BW Research, a consulting group which focuses on economics and the environment, to complete an analysis of five Atlantic Coast states.

The report titled “Offshore Wind: Generating Economic Benefits on the East Coast” found if NY, NJ, VA, NC and SC each added an average-sized offshore wind energy farm with 44 turbines and the capacity to produce 352 megawatts of electrical power, this would create 25,000 construction and operational jobs on the East Coast. (One megawatt is a million watts of energy.) 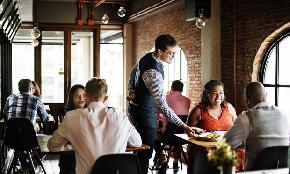 What Apartment Owners Should Know Before Leasing to a Restaurant

Apartment owners must ensure that they are meeting necessary requirements, like venting and cleaning, to accommodate a restaurant on site.