In the second quarter, for example, the average industrial deal size was 32,970 square feet, up from 23,435 square feet in the first.

CHICAGO—Chicago’s industrial boom has reached maturity, and some developers have shifted from big box construction to mid-sized buildings to meet robust demand from tenants that need less space.

According to Avison Young research, Chicago’s industrial tenants continue to lease space at a fast pace, with 330 leases completed in the second quarter totaling 9.9 million square feet. This represents a 32.3% increase from the first three months of the year when 273 leases were completed totaling 7.5 million square feet. And the company’s research shows small and mid-size tenants, those typically ranging from 25,000 to 100,000 square feet, fuel the market. In the second quarter, for example, the average industrial deal size was 32,970 square feet, up from 23,435 square feet in the first.

“While Amazon and other e-commerce related big box users are a significant driver of industrial activity, they are just one subset of the overall industrial market,” says Chris Tecu, a principal in Avison Young’s Chicago office. “The bulk of industrial leasing activity across the Chicago market comes from tenants who need less than 100,000 square feet of space. Developers are realizing that there is a lot of depth in the mid-sized users category and those companies will continue to drive leasing and construction activity in the future.”

One example of the development cycle moving to mid-sized buildings is a 65-acre site in Joliet, IL, being marketed by Tecu and Avison Young Principal Christopher Lydon, also in the Chicago office. The site can support up to 900,000-sf in multiple buildings. “We continue to see developers focus on the Chicago industrial market, and the I-80 corridor in particular, due to the strong market fundamentals and demand for modern space that can support distribution and warehouse needs,” Tecu said. 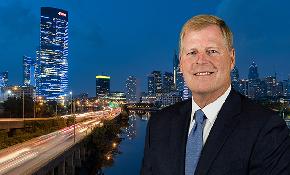 In an exclusive audio interview, Avison Young's Philadelphia market leader David Fahey looks at some of the trends driving CRE investment in the City of Brotherly Love in 2019.