Commercial construction may have reported a decrease in the DFW area, but there is only continued growth in the multifamily sector, specifically in the larger sized projects.

DALLAS—Construction in the Dallas-Fort Worth TX metropolitan area retreated 23% during the first half of 2018 from a year ago, as a 7% increase for multifamily housing was outweighed by a 36% drop for commercial building, according to Dodge Data & Analytics. For the full year 2017, commercial and multifamily construction starts had fallen 12%, which followed very strong increases in 2015 (up 60%) and 2016 (up 28%).

“Commercial construction may have seen a decrease in the DFW area, but we have only seen continued growth in the multifamily sector, specifically in the size of the projects that we’re seeing,” Brian Webster, KWA Construction president, tells GlobeSt.com. “2017 was KWA’s best year on record, and with numerous high level projects in the pipeline, we are already on track to surpass that this year.”

The commercial building total during the first half of 2018 recorded a substantial decline for new office starts, down 52%, as well as weaker activity for hotels (down 56%), commercial garages (down 55%) and retail (down 14%), while new warehouse starts grew 6%. During the first half of 2017, projects were begun including the $300 million American Airlines Trinity campus and a $300 million Facebook data center, both in Fort Worth, the $138 million Dallas County Records building complex in Dallas and the $115 million Westin convention center hotel in Irving.

“After the huge mega-projects we just finished such as the Toyota and CityLine projects, which led to inflated activity, we needed a little breathing room,” Dana Walters, vice president of business development, MYCON Construction, tells GlobeSt.com. “That’s natural. This is an untested cycle where everyone is trying to predict what will happen. There are thousands of jobs coming in every month, stretching us out to the suburbs. Tertiary markets are becoming primary markets.”

The large commercial building projects entered as construction starts during the first half of 2018 were generally smaller in scale than last year, including another Facebook data center in Fort Worth valued at $183 million and a $52 million bank corporate headquarters in McKinney, plus several large warehouse projects such as the $71 million Gateway Logistics Center at DFW International Airport. Multifamily housing during the first half of 2018 was up 7% over a year ago, led by such projects as the $135 million Skyhouse Frisco Station apartments and the $80 million Star House apartments, both in Frisco, and the $80 million Epic Hamilton residential tower in Dallas.

During the first half of 2018, five of the top 10 metropolitan markets for commercial construction starts ranked by dollar volume showed increased activity compared to a year ago. Of the top 20 markets, 11 were able to register gains.

The New York City metropolitan area, at $16.1 billion during the first half of 2018, held onto its number one ranking and comprised 16% of the US total, helped by a 44% jump compared to a year ago. Other markets in the top 10 showing growth during the first half of 2018 were Washington, DC ($5 billion), up 23%; Miami ($4.9 billion), up 34%; Boston ($3.7 billion), up 56% and Seattle ($3.2 billion), up 7%. Of these markets, the top four (New York, Washington, DC, Miami and Boston) showed renewed growth after the decreased activity reported for the full year 2017, while Seattle was able to maintain the upward track that was set in motion last year.

At the US level, the 1% drop for the commercial and multifamily total during the first half of 2018 reflected an 8% retreat for commercial building that was essentially balanced by an 8% increase for multifamily housing.

“Multifamily housing has proven to be surprisingly resilient so far during 2018, following its 8% decline in dollar terms at the US level that was reported for the full year 2017,” says Robert Murray, chief economist for Dodge Data & Analytics. “With apartment vacancy rates beginning to edge upward on a year-over-year basis, banks had been taking a more cautious stance towards lending for multifamily projects.”

Yet, after some loss of momentum during 2017, several factors appear to be providing near-term support for multifamily housing, Murray says. The US economy is currently moving at a healthy clip, with steady job growth bringing new workers into the labor force. The demand for multifamily housing by Millennials remains strong, given a desire to live in downtown areas while the increasing price of a single-family home and diminished tax benefits may be dissuading some from making the transition to single-family home ownership. As shown by this year’s surveys of bank lending officers conducted by the Federal Reserve, the extent of bank tightening for multifamily construction loans is not as widespread as a year ago. 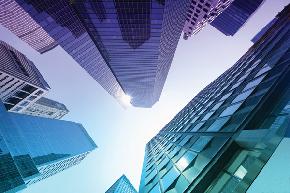 A new research and analytics firm is coming online in the New York City market. Hotel industry veteran Ryan Meliker is spearheading the launch of Lodging Analytics Research & Consulting as president and co-founder. 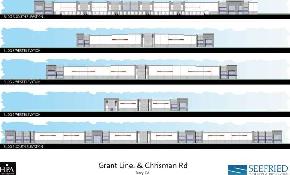 Located at the northeast corner of Grant Line and Chrisman roads in San Joaquin County, this multi-building project will total 1.13 million square feet of office and warehouse space.