San Diegans for Open Government has filed a lawsuit that will significantly delay construction of Affirmed Housing’s Hilltop and Euclid project in San Diego’s Encanto neighborhood. 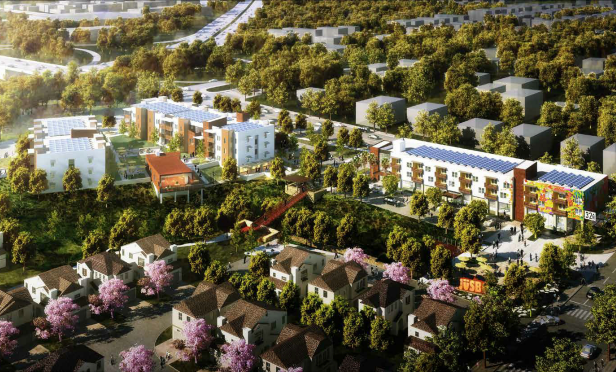 Affirmed Housing’s workforce housing mixed-use development Hilltop and Euclid will face significant delays as the result of litigation. San Diegans for Open Government has filed a lawsuit against the developer to have the project’s City Council approval rescinded. Affirmed Housing’s vision for the project was to supply both affordable and market-rate homes, along with 8,500 square feet of commercial space. It was approved unanimously in June 2016.

The organization contends that Civic San Diego board member Phil Rath should have recused himself from the vote due to a prior relationship with the developer through a mutual public relations firm. “Civic San Diego, who initially awarded Affirmed housing an approval for the site development, is now involved in a frivolous lawsuit because a board member who voted, along with then entire board, to award Affirmed failed to disclose previous work completed on behalf of Affirmed,” James Silverwood, president and CEO of Affirmed Housing, tells GlobeSt.com. “A particular person is now claiming this clouded the vote by Civic and then later the City of San Diego.” Rath was also fined by the San Diego Ethics Commission for his failure to disclose the information.

Credit unions have been among the most active lending sources this year.