While Phoenix has experienced significant growth, lenders are still hesitant to finance projects in the market. 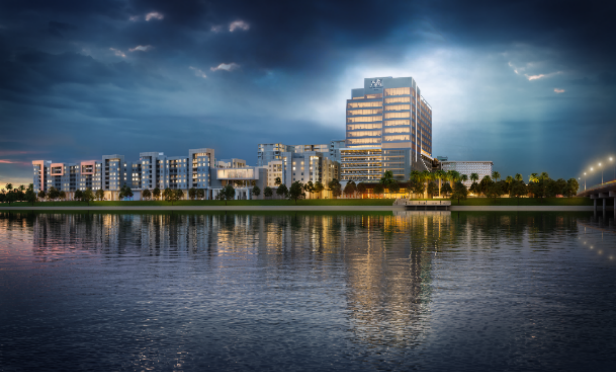 “No, no, no,” was the recurring response from lenders on a ground-up speculative office deal in Phoenix. It was a no on all three accounts: the Phoenix market, speculative office and ground-up development. George Smith Partners’ Scott Meredith led the charge, looking to secure $105.5 million for the 250,000-square-foot speculative office portion of the Watermark Tempe, a ground-up mixed-use development on Tempe Town Lake. Despite the hesitance from lenders, Meredith was able to secure the financing for the developer, Fenix Development, by educating lenders on the health of the market, recent growth and office activity.

“Speculative office at this stage of the cycle made a lot of people nervous,” Meredith, SVP at George Smith Partners, tells GlobeSt.com. “When you compound that with Downtown Phoenix having a certain history to it, especially during the downturn when the market wasn’t doing to well, and the fact that this isn’t a gateway city, it was a challenge. It really boiled down to lenders that are either already in the market, knew the market or wanted to be in the market and understood the dynamics out there. That was step number one, and a lot of that was getting people to come out to the market and spend time there and see the project.”

In addition to educating lenders on the recovery of the Phoenix market, lenders were also concerned about speculative office in general. “There still is a concern in the market of doing spec office at this stage in the cycle, so we have to come up with an alternative structure to mitigate that risk, and we did,” says Meredith. He wouldn’t disclose the details of the structure, other than that the $105.5 million deal included $25 million in mezzanine construction financing and an $80.5 million senior loan.