What is Really Happening with Bank-CRE Lending?

As robust as the overall CRE lending picture might be on the surface, banks are being more cautious.

There is nothing ambiguous about CBRE’s recently released report, “Commercial Real Estate Lending Market Remains Robust.” According to CBRE’s Lending Momentum Index, an index that tracks the pace of U.S. commercial loan closings, Q2 2018 numbers have kept pace with those reported in the first quarter. CBRE also indicated that banks accounted for almost half of the non-agency lending volume that closed during the second quarter.

Amid all the good news, the report also said that, “compared to a year ago, June (2018) lending was down by 10.6%.” This decrease shouldn’t come as a surprise, the Mortgage Bankers Association noted that “2017 was the strongest year on record for commercial and multifamily real estate finance.” Continuation on this momentum carrying into and through 2018 was uncertain because of various “headwinds and tailwinds.” These headwinds range from increasing interest rates, to decreasing NOIs and property value growth. Also decreasing? Property sales.

These factors, and other fundamentals, are putting pressure on bank-supported CRE loans, leading American Bankers to say: “many lenders are pulling back in this vital category as they contend with stiffer competition from non-banks, a surge in loan delinquencies and broader economic forces . . .”

Yet, on the other side of the debt information coin, an ABA Banking Journal survey found that banks are increasing concentrations in commercial real estate lending, particularly construction lending. Nearly one-fourth of those surveyed indicated they have exceeded their capital allocation for construction loans.

So, let’s cut through the contradictory information and focus on some facts.

The takeaway here is that, as robust as the overall CRE lending picture might be on the surface, banks are being more cautious. While debt financing is far from drying up, these lending institutions are focused on deals that make sense, and carry less risk.

The views expressed here are the author’s own and not that of ALM’s Real Estate Media. 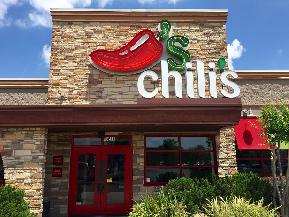 Many Casual Restaurant Brands Were Struggling Before COVID-19

Chains owned by public companies are in a better position. 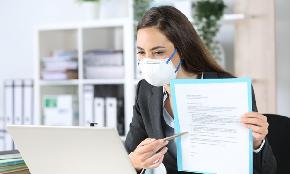 How to Cope as Banks Adjust Their Underwriting