Are Pre-Fab Hotels the Future of Hospitality?

This innovative construction technique enables developers to pre-fab a hotel in several months instead of several years, say panelists at CREW Network and Marketplace Convention, and will continue to gain popularity in the coming years.

SAN DIEGO—With the cost and improved quality of construction, combined with the sprint to open doors sooner, many hoteliers are now leveraging an emerging trend in pre-fab construction. That is according to panelists at the Stack and Stay panel at CREW Network Convention and Marketplace.

Moderator Christine Chipurnoi, a SVP at USI Insurance Services, says that modular helps build “a really good product in a controlled environment. It makes it a much more reliable project.”

This innovative construction technique enables developers to pre-fab a hotel in several months instead of several years, panelists said. Rooms with pre-selected interiors—where everything is included down to the lamp on the nightstand along with bed linens—are shipped pre-built and ready to slide into place, hook up power and water, and welcome guests.

The dramatic shift, Chipurnoi said, impacts everything from contractors to design and may soon lend itself to other asset classes.

Panelist Michael Merle, VP of business development at Guerdon Modular Buildings, has been doing commercial modular for many years and says that it is only now really being accepted into the marketplace due to the increased cost of construction. He pointed to Marriott as being one of the first ones to get on board due to the speed to market and the shortage of labor among other things.

As Merle mentioned, one of the largest modular development in the US is a dual-branded Marriott, a brand that has more than 50 hotels in the pipeline for the remainder of 2018 that will be modular, including a large property in New York City.

Panelist Rachel Lambert VP of construction at Mogul Capital, pointed out that the idea of opening something quicker and efficiently is intriguing. In looking at modular, we wanted to have something built in a factory in a controlled area.

“We spent a few years trying to gather information and look at all the different types of modular companies out there, asked a gazillion questions, were very excited, and we decided to take on modular in a big way, with a big bang and it was wonderful.”

One of the biggest lessons? “If you stick with the prototype, it is pretty much off the shelf,” said Lambert. “Do not go completely custom on your guest room. Play with your public spaces that you can customize.”

Keep checking back with GlobeSt.com for more from the CREW Network and Marketplace Convention.

Natalie Dolce, national executive editor of GlobeSt.com, is responsible for working with editorial staff, freelancers and senior management to help plan the overarching vision that encompasses GlobeSt.com, including short-term and long-term goals for the website, how content integrates through the company’s other product lines and the overall quality of content. Previously she served as editor of the West Coast region for GlobeSt.com and Real Estate Forum, and was responsible for coverage of news and information pertaining to that vital real estate region. Prior to moving out to the Southern California office, Natalie was Northeast bureau chief, covering New York City for GlobeSt. Dolce's background includes a stint at InStyle Magazine, and as managing editor with New York Press, an alternative weekly New York City paper. In her career, she has also covered a variety of beats for M magazine, Arthur Frommer's Budget Travel, FashionLedge.com, Co-Ed magazine and the Daily Orange newspaper. Dolce has also freelanced for a number of publications, including MSNBC.com and Museums New York magazine. 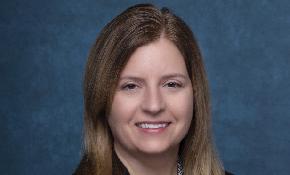