How To Spot a Region’s Next Emerging Hot Spot

How the Pittsburgh submarket Lawrenceville went from blighted community to an up-and-coming enclave.

Before it became one of the hottest neighborhoods in Pittsburgh, Lawrenceville was once a blighted community – “a blue-collar neighborhood more down-and-out than up-and-coming,” according to Pittsburgh Magazine. As blighted, economically depressed communities tend to be, it was overtaken by all the usual markers: overgrown weeds, busted sidewalks, boarded up storefronts, vacant residential properties, poverty, and run-down housing stock. And stretching for blocks, there were abandoned, obsolete steel mills and factories, once hallmarks of the area’s industry and prosperity, turning to rust and decay – a painful reminder of better times.

Now, Lawrenceville is the epicenter of “Robotics Row,” a strip of robotics-focused businesses spanning a stretch of about two miles that is quickly becoming the area’s new economic pillar. Some of these companies, which need large amounts of space and light manufacturing capabilities, have repurposed and reclaimed the vacant industrial facilities of the past to create locations of their own. The demand for such tech-flex industrial space is now so strong that it far outstrips supply. Restaurants and other businesses and support services that want to be in these tech companies’ orbits have also contributed to the influx of jobs and people into the community. This repopulation has naturally been a boon to the housing market, creating demand for both new and rehabbed housing. 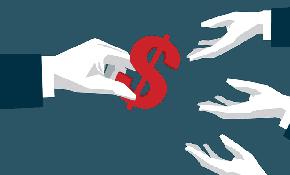