Constructing a Sustainable Solution to the Housing Crisis

Currently, there are 13 severely unaffordable major housing markets in the US and only 10 affordable markets.

With millions of people lacking access to affordable and safe homes, the United States housing market is in crisis. Currently, there are 13 severely unaffordable major housing markets in the U.S. and only 10 affordable markets, according to the 14th Annual Demographia International Housing Affordability Survey: 2018. Housing unaffordability in some major markets, including San Jose, Denver, and Portland even exceeds the previously unprecedented level of unaffordability during the housing bubble that precipitated the Great Recession. For many macro- and microeconomic reasons, housing affordability has been and likely will continue to a major issue for many Americans.

Housing costs and the net cost of purchasing a home [upfront costs – or the cost associated with the initial cash outlay to secure a home], which are typically a consumer’s largest monthly and yearly expense when broken out into a long-term mortgage, are largely driven by the costs and time associated with traditional construction; a seemingly obvious “functional input” but one which is often disregarded as a “headline” item when discussing the subject of housing affordability. Often, the housing affordability narrative is entirely focused on market and auction-based dynamics, or, put another way, on the localized “market” pricing of housing. The actual “cost of goods” – or the literal bottom line costs of constructing a home – are frequently completely disregarded by those tasked with addressing this consistent issue. SG Blocks,  a firm in which I am CEO, is attempting to directly attack and solve this “bottom line,” “cost of goods” function.

The 30-year fixed rate is structured to better withstand downturns. 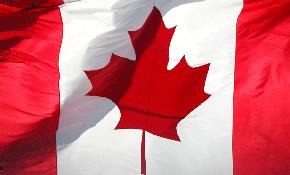 Rent growth keeps getting hotter with each interest rate increase.

Even if they do, don’t expect happy days as rates suddenly fall.