It’s true that the more things change the more they stay the same. Despite some mild fears of a  correction and the end-of-year interest-rate puzzle, HALL’s Matt Mitchell is cautiously optimistic.

DALLAS—Is anyone tired of asking when will it end? It’s been the end-of-year refrain for years now as the upcycle keeps chugging on, and despite some fears that this coming year may in fact be the first to bring us the long feared recession, HALL Structured Finance SVP Matt Mitchell remains “cautiously optimistic” that opportunity remains in commercial real estate.

“There’s still a lot of capital out there,” he tells GlobeSt.com. “The challenge for some projects is that the cost of capital has gone up while construction and labor costs are also rising.”

The volatility of the stock market also raises some wrinkles, but more on the emotional end. “Volatility in the stock market is in some way driven by uncertainty and in turn creates more uncertainty,” he says. “So it’s been an additional challenge, and frankly the various political uncertainties we’ve been facing fall into the same category. We don’t know what the collective impact will be.”

If that’s the caution part of the argument, he then folds in the optimism, which comes on the back of the solidity of the real estate market, especially HALL’s focus, hospitality. “We as a company feel good about the sector,” he says, even in this climate of more uncertainty and rising costs. “Relative to past cycles in our view the current one has seen reasonable levels of additions to new supply in most markets. So the pipeline in our estimation is absorbable, and there are still opportunities to add selectively to that pipeline with well-conceived projects.”

HALL’s sweet spot lies in providing construction loans over a $15-million threshold, which essentially rules out budget and small market projects. Everything else, he says, from limited service to extended stay to full service and boutique hotels are all in the firm’s growing wheelhouse, especially in major markets, “where there are strong and varied business-demand generators.”

Interestingly, HALL hasn’t jumped on the Sunbelt-only wagon train but searches for opportunities wherever they might reside. “Geographically we’ve seen a disproportionately high percentage of opportunities in the Sunbelt given how job growth and population increases have exceeded the country overall,” he says. “But we’re not targeting one section of the country over another, and we see opportunities in all regions.” That said, HALL does “spend more time” in the major gateway cities, in part due to their typically higher barriers to entry, but these are the markets where competition among capital providers is most fierce, which is why HALL has also closed a number of transactions in suburban and secondary markets that some lenders are less attracted to.

But then, caution raises its head again. “Every day that passes we’re one day closer to the next downturn,” he says, “so at some point things will change. As we look at loan opportunities, we take into account those cautionary issues and evaluate based on both optimistic and pessimistic scenarios, and we build in cushions for changes in the economy.”

For these reasons, HALL remains bullish about the real estate market and the opportunities that are still out there for “targeted investment in attractive, high-quality real estate across the US for hospitality and other property types, such as multifamily and student housing, to which HSF also actively lends.”

And if things go south, “Our company is prepared to take advantage of the opportunities that might be created by market disruption,” says Mitchell. In the meantime, “We’ll continue to put capital out aggressively for the foreseeable future.” 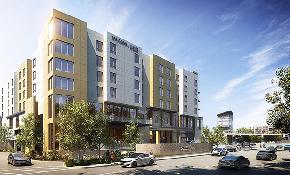 Navigating the Ins and Outs of Construction Lending

Construction loans can be tricky, especially if it’s a hotel you’re dreaming of. Mike Jaynes with HALL Structured Finance provides some tips on how to get to closing. 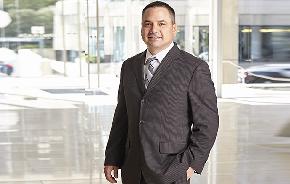 Headwinds from inside the Beltway can’t dampen the momentum for HALL Structured Finance (HSF), as they rack up another record year in 2019.