The new Laserfiche headquarters project will be the first ground-up project in the creative corridor emerging in Bixby Knolls. 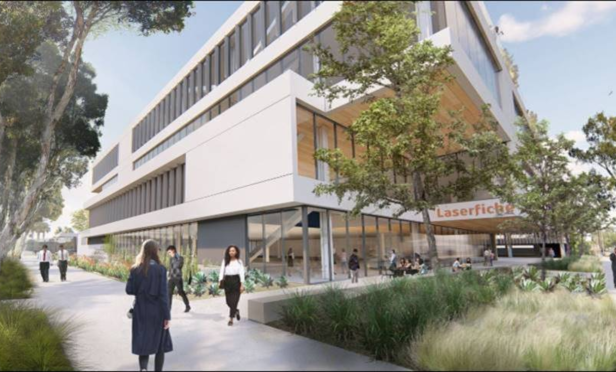 The mid-century office buildings in Long Beach’s Bixby Knolls neighborhood have become a popular destination for creative companies. Now, the emerging creative corridor is seeing its first group-up project in 30 years. Studio One Eleven is designing the 100,000 square foot mid-century-inspired office campus, which tech firm Laserfiche will occupy as its headquarters. Developed by Urbana Development, the building will deliver in 2021.

The property will be an ode to the surrounding mid-century design, including a building across the street designed by Ed Killingsworth. “This corridor was initially established in the 50s and 60s,” Michael Bohn, a senior principal at Studio One Eleven, tells GlobeSt.com. “The buildings are timeless, and the tenants love the modernism that is designed throughout the building. We were inspired by a number of mid-century office buildings that are located within the neighborhood, and quite frankly what has been attracting a lot of these creative firms to come here.”

The creative corridor has emerged in recent years, thanks in large part to the unique style of buildings and redevelopment activity in the area that has helped to attract smaller creative companies. This ground-up development project is really part of the growing market. “This is a culmination because all of the smaller older buildings have filled up. This is the first brand new structure in almost 30 years for this corridor,” says Bohn. While the corridor is currently filled with smaller firms, including graphic designers, production companies and web-based designers, Bohn says that they work with large international clients.