How Did the Government Shutdown Impact the Hotel Market?

Experts at ALIS said that the government shutdown was “not insignificant,” estimating it produced a loss of hundreds of millions of dollars and impacted GDP growth. 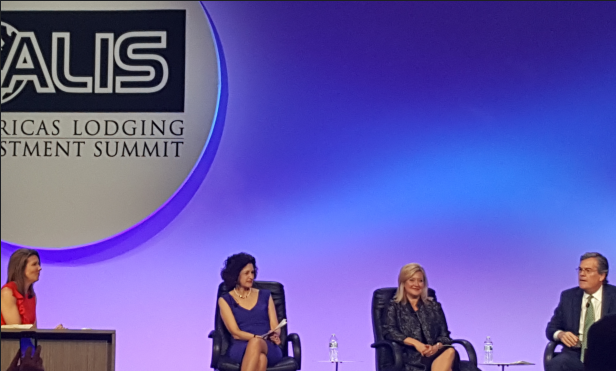 The government shutdown had a significant impact on hotel activity—and it was only a partial shutdown. The recent event, which ended this week after 35 days, was among the topics that The Numbers – What to Expect in 2019 and Beyond discussed at ALIS this week. The panel included moderator Kristian Gathright , EVP and COO at Apple Hospitality REIT, and speakers Cindy Estis Green, CEO and co-founder of Kalibri Labs; Vail S. Ross, SVP at STR; Mark Woodworth, senior managing director at CBRE Hotels; and Mark Wynne Smith, global CEO of Hotels at JLL.

While the topic of the government shutdown came up early in the conversation as part of a discussion about political uncertainty and projected RevPar growth—which will likely slow down in 2019—a question about the impact of the shutdown came from the audience. Green said that the impact was “not insignificant.” She estimated that the government business is valued at approximately 4% of guest paid revenue or a total of $10 billion to $12 billion per year. That is $800 million to $1 billion per month in revenue. In Washington DC, where Green is based, she said that hotels experienced a 25% to 35% drop in activity, but the rest of the US likely saw closer to a 10% decline in activity as a result of the shutdown. “That is huge,” she said.

Ross agreed that the shutdown had an impact on hotel business. Reminding attendees that this was a partial shutdown, she said that past government shutdowns have shaved off a tenth of a point of GDP every two weeks.