In the U.K., Avison Young now has 18 offices and 1,600 employees working with clients on the transaction and consultancy sides of the real estate brokerage business.

LONDON—Avison Young, which is headquartered in Toronto, reports today that it has closed on the acquisition of UK-based GVA, dramatically increasing its presence in the UK and in other European markets.

In the U.K., Avison Young now has 18 offices and 1,600 employees working with clients on the transaction and consultancy sides of the real estate brokerage business.

“This acquisition represents another milestone in our global expansion strategy, and the combination will better position Avison Young to serve our clients across the world,” says Mark E. Rose, chair and CEO of Avison Young. “Furthermore, the acquisition establishes Avison Young as the global, disruptive challenger brand.”

He notes that the deal doubles its size and “increases our scale and presence, expands our global talent pool and reach, and enhances the breadth and balance of our services. Most importantly, the combination increases the resources that we can invest in innovation to keep our clients ahead of the curve,” Rose said.

The acquisition includes GVA Worldwide Ltd.—an international organization of licensed affiliate commercial real estate advisory companies with offices in 20 countries. GVA has 1,500 employees in 15 offices in the U.K., Ireland and Poland alone, and is a founding member and majority shareholder of GVA Worldwide.

In connection with the GVA deal, Avison Young has undertaken a recapitalization. The acquisition and the refinancing were funded through a combination of cash on hand, committed financing from Credit Suisse, CIBC and BofA Merrill Lynch, and additional common equity, including participation by Caisse de dépôt et placement du Québec.

The firm reports it has ample capital to invest further in its global growth strategy. Also, in conjunction with the transaction, GVA senior directors who will become Avison Young principals, and certain other GVA employees, will receive Avison Young shares.

The closing of the GVA merger follows Avison Young’s announcement in July of last year that CDPQ, one of Canada’s leading institutional fund managers, made a C$250-million preferred equity investment to accelerate Avison Young’s strategic growth plan. Avison Young made its first investment under its strategic partnership with CDPQ by acquiring leading U.K. firm Wilkinson Williams LLP and opening a new office in London’s West End on August 1. In October, Avison Young opened its first office in Asia, in Seoul, South Korea, with 63 members joining from Mate Plus Advisors Co. Ltd. 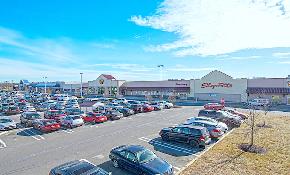 Cross Roads Plaza is anchored by a 70,818-square-foot ShopRite, which makes-up 71% of the property’s gross leasing area and 58% of the gross income. The grocer’s lease term runs through 2024. 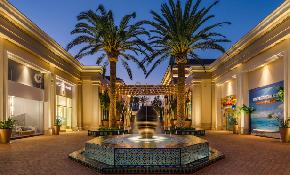 Omnichannel retailers are using their existing big box stores to double as warehouse and distribution space.

Four of the U.S. Whirlpool sites are located in Ohio—Marion, Findlay, Ottawa and Clyde—and one is in Cleveland, TN. Two properties are in Fabriano, Italy.