The new legislation requires all public companies to have at least one female board member by the end of the year. 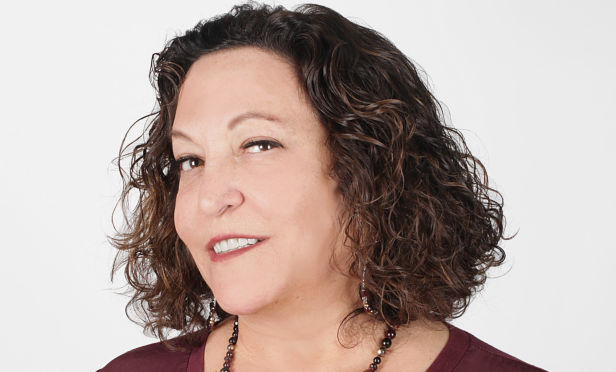 New California legislation could shake up some the boards of commercial real estate’s biggest companies this year. SB 826, which went into effect January 1st, requires that all public companies have at least one female board member by the end of the year as a way to promote gender diversity in corporate governance. With several large publicly traded real estate companies based in California, it could mean a shift for the industry.

“Some of the industry’s largest publicly traded companies are based here in California, and while those industry leaders  have already begun embracing diversity as a compelling best practice many will still need to add additional female board members to come into full compliance by 2021,” Paige Serden, EVP at Newmark Realty Capital, tells GlobeSt.com. “Most larger companies were a bit quicker to respond to gender diversity to address concerns about “Me Too” issues, but smaller companies did not feel as compelled and have lagged on action. In fact there are several high-profile REITS within California which have not yet developed board diversity, with the recent Board Governance Research report noting that a full 20% of California’s publicly traded real estate companies had no female board representation at the close of 2018.”

California is not alone. Several states are enacting similar legislation. “This type of diversity legislation is taking root in multiple states across the country, and it’s worth noting that this policy focus was inspired by compelling research that speaks to the benefits of it as a best practice for economic health and corporate productivity,” adds Serden. “Always a leader, the California law is the first of its kind nationally and has become an early case study for other states. New Jersey is moving forward next, and Massachusetts, Illinois, Pennsylvania and Colorado expected to soon follow.”

The change won’t happen immediately. Companies have until the end of the year to comply, giving larger companies time to make the appropriate adjustments, whether by filing a vacancy or creating a new position. Large companies with five or more members will require multiple women on the board. “These companies with larger boards will have time to finalize the additional director requirements before a final 2021 compliance deadline,” explains Serden, adding that those companies that do not comply will face a penalty. “There are also parallel fines for failure to comply with providing equal annual compensation of a board member. A recent report completed by Board Governance Research released in January 2019 identified 184 California companies that will have to add a female director, meaning nearly one-third, 29%, of surveyed California public companies will have to add a woman to their boards. Long term, the report indicated that only 12% of California companies are already in compliance.

For California real estate companies, this could mean more rapid growth in gender diversity. “Personally, I have witnessed over the past 30+ years an increase in executive gender representation across our industry, but only in certain segments. Women, like myself, have been engaged in the industry for many years. However, contrary to the role I pursued in production, most are overwhelmingly in non-revenue or management positions,” says Serden.

This new legislation will helped push the industry into more modern times, and update the antiquated nominations system. That can only mean positive long-term changes. “It’s no secret that real estate has historically been a male dominated profession,” explains Serden, who recently joined Newmark Realty Co. “For years qualified women have tried to fill open board positions on both private and corporate boards, however typically the governance and nominating committees referred people they were most familiar with or close to in the business community. That typically meant that positions were filled by men recommended by men. That’s changing.”

Ultimately, new best practices will emerge out of this new regulation, says Serden, and that will create opportunity. It is already happening. Companies have launched new diversity programs unrelated to the legislation. “Women need to put themselves out there. For instance, while not directly related to SB 826, gender diversity has become an issue of importance to many investment entities who drive our industry like CALPERS/CALSTIRS, which now uses diversity and inclusion programs as criteria when evaluating fund investments. Our own trade association, the Mortgage Bankers Association, has developed mPower for promoting opportunities for women in commercial mortgage banking to significant growth and opportunities in just the last few years.”

The value-add multifamily fund increased from $300 million to $500 million after high interest from investors. 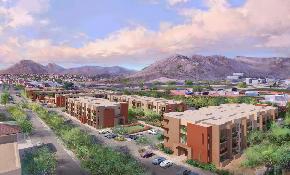 Along with its joint venture partner, Hines acquires 11 acres to develop a 325-unit luxury for-rent residential property in north Phoenix. 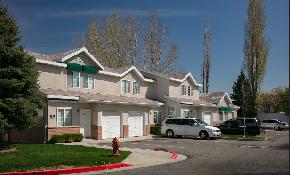 KIMC: Some Assets Classes May Not Recover From This Disruption

Social distancing could create some long-lasting cultural changes that will rock asset sub-classes like co-working.