The economic growth and diversity paired with affordability is a winning combination for multifamily investors. 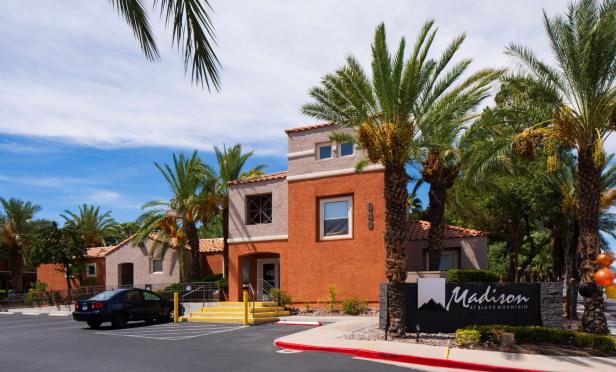 Las Vegas has landed at the top of the list for multifamily investment. The city has both economic growth and diversity as well as a significant affordability advantage compared to other Western US markets. Along with Phoenix, Las Vegas has rapidly become a hotspot for multifamily investment. Chicago-based Oak Residential Partners has recently purchased Madison at Black Mountain Apartments in the Las Vegas suburb of Henderson, siting the local economy and affordability as the top reasons why they are attracted to the market. This year, it is looking to expand its exposure to the market.

“Oak has a national and proprietary research model used to forecast rental growth and multifamily demand by utilizing dozens of different metrics and key economic data. Las Vegas was repeatedly highlighted as an investment target over the past several years,” Eytan Peer, president of acquisitions at Oak Residential Partners, tells GlobeSt.com. The most significant fundamentals were a rapidly growing economy and a more diversified economy. Nevada continues to perform as one of the fastest-growing job markets in the nation. Projected job growth for 2019 is 3%, creating a rental housing demand for 6,000 units, but less than 3,000 will be delivered this year. Hospitality and construction still represent a large part of the employment sector, but we’ve seen significant expansion in both industrial and healthcare. That’s the primary difference from Las Vegas’s economy a decade ago, to the present.”

In addition to the economic growth in the market, it is also more affordable to its Western US neighbors, resulting in population growth and inward migration. “Las Vegas has become a western alternative for both retirees who can’t, or don’t want to afford the living expenses in California, and for millennials who are attracted to the overall lower cost of living,” adds Peer. “We’ve concluded that there simply isn’t enough available housing to maintain pace with demand.”