The historic SoHo building owned by Stephen Meringoff and Jay Shidler was restored by PBDW architects.

NEW YORK CITY—Architecture buffs delight. The six-story office and retail building at 462 Broadway was honored with the MASterworks Award, the Municipal Art Society Award for Best Restoration. The building is the largest structure fully clad in cast iron within the SoHo-Cast Iron Historic District. At the corners of Broadway, Grand and Crosby streets, it occupies a double lot, having three street fronts. With the addresses of 462-468 Broadway, the property totals 120,900 square feet according to Real Capital Analytics. Its façade measures 400 linear feet, rising six stories.

Designed by John Carreja and erected in 1880, the structure originally housed Mills & Gibbs’ dry goods and is currently leased to a mix of commercial tenants. Since 1981, the building has been owned by Stephen Meringoff and Jay Shidler. It’s managed by Meringoff Properties, Inc., an affiliate of the New York City-based real estate investment company Himmel + Meringoff. 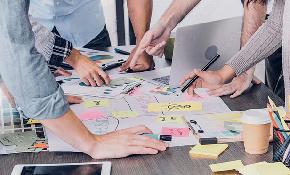