Tech and the War for Talent & Retention

Technology plays a critical role in attracting and holding on to good people, as the folks of RealPage explain. It’s hardly news anymore that the commercial real estate industry is behind the eight ball when it comes to hiring and retention.

DALLAS–It’s hardly news anymore that the commercial real estate industry is behind the eight ball when it comes to hiring and retention. What is news to many is that technology can play a major role in winning the war for talent.

That’s Perry Levine’s take on the industry’s human resource crunch. Levine, industry principal for Dallas- based RealPage, sees a serious disconnect between the focus of senior management in commercial real estate and the career paths of the up-and-coming generation of employees. And it’s a problem that must be addressed in order to retain employees for more than the two years of a typical millennial’s stay. “You train someone for six months and they’re gone 18 months later,” Levine says. “That’s a terribly inefficient model for a workforce.”

Some firms are beginning to implement options for working from home or flexible hours. Others are paying more attention to community service and green initiatives which have proven attractive to younger staff. But Levine says too many are ignoring a critical component in retaining millennials: providing them with the sort of smart software tools they’ve grown up with and expect.

Tech to the Rescue? “In its 2019 Commercial Real Estate Outlook, Deloitte says the development of talent has become a big issue, and that in order to recruit good people you need to be technology-focused,” says Levine. But, he says, too many firms still do things “the way they’ve always done them,” for example using pencils and Excel spreadsheets to accomplish tasks that streamlined software solutions can speed or automate.

“This is inherently frustrating to younger people coming up in the business,” he adds. “They don’t want to work someplace with clunky technology and processes; they want to leverage good software to boost their productivity, skill sets and careers. And they will often go somewhere else if you don’t provide it.” He mentions a RealPage Commercial client who recently commented on the challenge of competing with Wall Street and tech firms dangling sexy software systems in front of prospects.

RealPage itself takes the talent chase seriously. The company’s Lead to Succeed program recently won second-place honors in the annual Axis Awards bestowed by the International Association for Talent Development. “The importance of great software in attracting and retaining talent isn’t something we merely talk about, it’s something we take seriously ourselves,” he concludes. “After all, we don’t just sell software, we use it too – and the attractiveness of elegant software tools to the younger generation is powerful. They want to work with the best, in order to be their best. So it’s an investment that pays off in a way most companies don’t think about when they’re weighing investments in new software.” 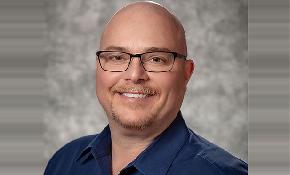 The Method of Modern Mixed-Use

The Technological Yin-Yang of Modern Mixed-Use

In pursuit of an ever-evasive equilibrium, CRE sees tech innovation both mix and match.