While developers stand to reap the benefits of tax breaks, it is not clear how residents of low-income neighborhoods in Opportunity Zones will benefit from the redevelopment of their communities.

The Opportunity Zone program is expected to attract a substantial amount of capital in economically-distressed communities designated Opportunity Zones. Under certain conditions, development in those areas can qualify for tax breaks. The Treasury Department designated approximately 8,700 census tracts as Opportunity Zones across urban and rural areas throughout the United States, including its territories.

Close to 35 million Americans live in Opportunity Zones, which have higher poverty and unemployment rates than the rest of the nation. GlobeSt.com sat down with Saul Ewing Arnstein & Lehr Attorneys Ronald R. Fieldstone and Miguel Diaz de la Portilla to discuss what local government can do minimize the risk of OZ residents being displaced by a wave of OZ redevelopment.

Ronald R. Fieldstone is a partner in the Miami office of Saul Ewing Arnstein & Lehr. He focuses his practice on real estate, corporate/securities and taxation law.

Miguel Diaz de la Portilla is a partner in the Miami office of Saul Ewing Arnstein & Lehr. He concentrates his practice in the areas of land use and zoning, code enforcement, government procurement and administrative law.

Globest.com: Why should the local government get involved in regulating OZ development?

Fieldstone: Some of Miami’s Opportunity Zones are in Downtown Miami, Wynwood, Hialeah and North Miami. While developers stand to reap the benefits of tax breaks, it is not clear how residents of low-income neighborhoods in Opportunity Zones will benefit from the redevelopment of their communities. The current legislation and the proposed regulations do not impose any requirements on generating social or public benefits for those who live in OZs; rather, the standards are based upon purely economic formulas. We believe that it would be appropriate to have some degree of governmental involvement/regulation in the process to ensure that the development of OZs provides public benefits for the economically disadvantaged residents in Opportunity Zone areas since, by definition, OZs are based upon both a lower income standard and/or poverty standard.

Globest.com: What proactive role can government play to make the tax program advantageous to low-income residents living in OZ areas?

• Create affordable and workforce housing to avoid the displacement of the residents and gentrification of historic communities.

• Engage residents and community organizations in the process as well as local elected and appointed officials.

Globest.com: What other resources could be used to prevent OZ residents from being displaced?

Fieldstone: Local governments should take advantage of community redevelopment agency grants and programs that assist residents within their boundaries to acquire residential units. Therefore, residents who could otherwise not afford to acquire or rent upgraded or new units will now afford to do so based upon the grants and incentives provided. Government should constantly monitor the ultimate results of development in Opportunity Zone areas to see what social issues are being addressed, need to be addressed and the resources that need to be in place.

As an interesting byproduct, the State of Florida House and the Senate just proposed HB481, which is called the Florida Opportunity Act.  Other governments may likewise take similar actions with respect to their specific jurisdictions.  The Florida OZ Statute actually incorporates the federal definition of “opportunity zones” for the State of Florida. That is not unusual, given the fact that the Governor of the State of Florida designated these zones in early 2018. The unique features of the proposed Florida legislation is that the benefits to be obtained under the Florida law would be based upon some degree of social responsibility related to the projects being undertaken. Under this Act, opportunity zone agencies will be created that would be staffed with between 8 to 13 members. These agencies would have the right to provide certain grants and benefits, including sales tax credits on product purchases as well as a 60% reduction in property tax assessments for improvements made, together with other potential benefits.  However, applications need to be made and approved by the applicable agency. Accordingly, social benefits to the applicable OZ will be relevant such as a provision for infrastructure improvements as part of the overall entitled program.

Globest.com: What should be the call to action to prevent OZ residents from being displaced by redevelopment?

Diaz de la Portilla: The one clear benefit of Opportunity Zone developments for both private industry and the government is that the property tax base will increase based upon the enhanced value being created by the OZ development. The increase in tax dollars should be redeployed back into local Opportunity Zones to benefit the residents who otherwise face the risk of being displaced by the new influx of OZ capital. It is important that our local government acts sooner rather than later before the OZ program shuts down low-income residents from the urban renewal that is expected to occur in neglected communities across Miami-Dade and beyond. We trust local government will use the Opportunity Zone program as a tool to help improve its constituents’ quality of life and prevent the displacement that often comes with gentrification. 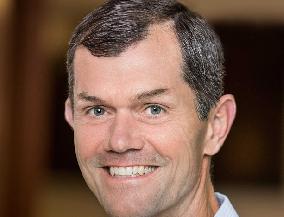 “Our lender performed and met their commitments, and we were able to complete due diligence.” 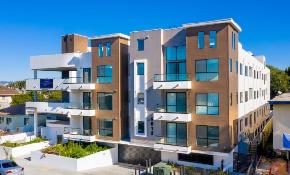 One Apartment Investor Is Moving Forward on Deals

Trion Properties opened escrow on investment acquisitions last week, a clear sign that they are not hitting the pause button.