WeWork: We Are Long-Term Players

At the annual CRETech conference, WeWork leaders talked about the company’s growth, the future of office and its impact on the office market. 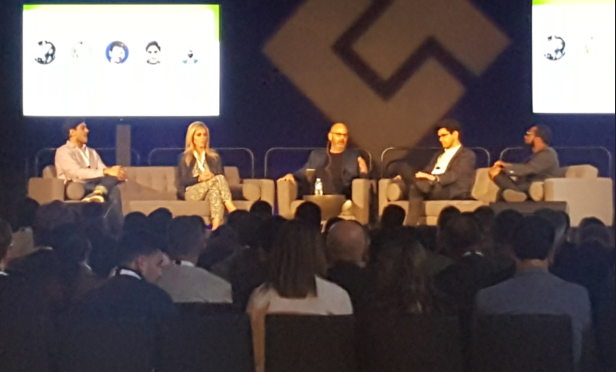 WeWork is growing rapidly, and while they are relatively new to the market, they are taking a long-term view of the office industry. At the annual CRETech conference in Los Angeles yesterday, WeWork leaders opened the event with a look inside the company’s business model and perspective, including its growth, the future of office and how WeWork is impacting the office market. Panelists included Sarah Pontius, SVP and global head of real estate partnerships; Granit Gjonbalaj chief real estate development officer; Rohit Dave, senior director of mergers and acquisitions; Craig Robinson, global head of powered by We Services. Michael Beckerman, CEO of CRETech, moderated the panel.

The firm launched as an office services company first and expanded into a real estate company as it grew, but today, it still focuses on its core mission: to create energy where people work and spend the majority of their time, according to Robinson. As a result, the firm is always looking for ways to add value to customers and is focused on the future: what will office look like in 10 years; what will employment look like in 10 years. In the same vein, WeWork is asking where it wants to be as a company in 10 to 15 years, and how to position itself today to achieve that growth. In many ways, it is similar to any other real estate investment company. In fact, Pontius, who joined the company three months ago and formerly worked at Brookfield, drew comparisons between the growth strategies of the two companies. “People say we are growing fast. I have had the time to get under the hood and there is a lot of diligence happening. This is a long-term play and we are long term players,” she said on the panel.

The majority of WeWork’s growth has come in the last two to three years, and today it is working with several fortune 500 companies and 35% of members are large companies. “The intent is different,” said Robinson, who reminded the audience that WeWork’s ultimate mission is to elevate the world’s consciousness. “60% of people are looking for a job. If you are unfulfilled, you are not going to be a high performing worker,” he added.