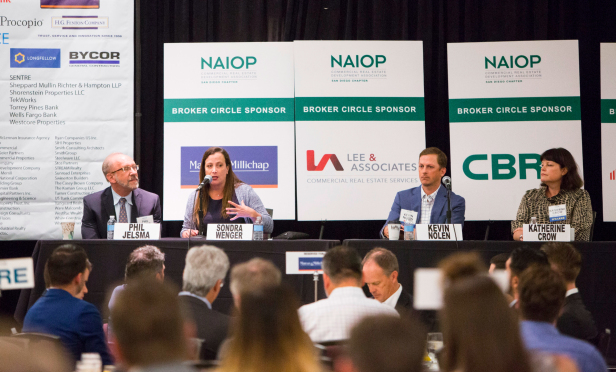 Opportunity zone funds are rapidly growing. Last year, these funds—which were a tax benefit in the 2017 tax reform bill—totaled $5 billion. Today, opportunity zone funds total $20 billion, and by the end of the year, Kevin Nolan, director at Cushman & Wakefield, expects that they will hit $100 billion. Nolan spoke last week at NAIOP San Diego’s conference on Opportunity Zones, along with Phil Jelsma, partner at CGS3; Sondra Wagner, managing director at CIM; Katherine Crow, promise zone director at City of San Diego and Mark Cafferty, president of San Diego Regional EDC. Despite the capital flooding into this market, these are not going to be easy deals.

Opportunity zone deals are also best for experienced private developers because there is a narrow timeline. “The biggest struggle is the timelines of the law. You pretty much need entitlements and costs in place at purchase/investment. Otherwise, too much risk. We don’t go for Pre-TCO, condo deals or ground lease situations. We want clarity,” said Wagner. Nolan adds that “shovel-ready” deals are really the best fit for opportunity zone-qualified projects. He added that limited boxes were also the best fit. “Not a big high rise or a big horizontal development because not enough time,” he said. “You’re working with a 30-month time clock.”

The construction financing will fund the firm’s 217,123-square-foot, luxury senior living development, which will span three buildings and 201 units.