STAMFORD, CT—Tenants in the suburban New York City markets continue to flock to transportation hubs near Metro North train stations like White Plains and Stamford, but tenant demand during the first quarter was spotty in both markets despite strong job growth.

The job markets in both counties are strong. Westchester County began 2019 with 12,992 more jobs than what was recorded one year ago. Westchester’s unemployment rate continued to fall from the previous year, posting a 100-basis point drop over the last 12 months to 3.5%. Westchester’s neighbor to the east, Fairfield County started 2019 off on a high note with non-farm employment increasing by 6,982 jobs over the previous 12 months and registered approximately 13,726 more jobs compared to the beginning of 2018. The county’s unemployment rate shrunk 90 basis points from the previous year to 3.4%.

According to the first quarter office market report for Westchester and Fairfield counties released by brokerage firm Cushman & Wakefield, leasing activity in Westchester County showed positive growth in the first quarter, increasing 2.8% from the previous year. However, a closer look at the numbers reveals that relative to Westchester’s five-year quarterly average, leasing activity in the first three months of this year fell short 17.8%, recording only 251,127 square feet in new transactions. The county posted a negative space absorption of 68,884 square feet.

The largest lease deal in Westchester during the first quarter was UnitedHealth Group’s 63,575-square-foot lease at 1311 Mamaroneck Ave. in White Plains.

Fairfield County’s office market was dominated by one very large transaction— the WWE’s 415,266-square-foot lease involving the future relocation of its corporate headquarters to 677 Washington Blvd. in Downtown Stamford. The next largest lease deal in the first quarter in Fairfield County was Charter Communications’ 18,391-square-foot lease at 400 Atlantic St. in Downtown Stamford. The countywide vacancy rate at the end of the first quarter stood at 26.5%, while the vacancy rate for Downtown Stamford came in at a hefty 30.7%.

“The East and West I-287 submarkets are expected to be the main drivers of growth in the following months as landlords begin to renovate and complete building capital improvements, which will make the tradeoff of a less accessible office building more attractive for tenants wanting to be in a more urban setting,” says Jim Fagan, managing principal, Connecticut and Westchester Market Leader of Cushman & Wakefield.

Several large blocks of space in Stamford are keeping the overall vacancy rate elevated in the county, with the most notable being: Starwood Hotel’s sublease for 272,802 square feet at 333 Ludlow St. and 275,000 square feet of the former GE Energy site at 800 Long Ridge Road.

According to the C&W report, there is currently 532,258 square feet of new office space under construction in Fairfield County.

“Overall vacancy is anticipated to drop as large corporate tenants begin to transition into their new space over the course of the next 12 to 36 months,” C&W’s Fagan says. “Similarly, absorption should see an uptick as vacancy throughout the county begins to fall.”

The Cushman & Wakefield quarterly research findings suggest a strong start in office and industrial markets for 2019. 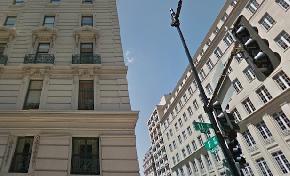 CoreLogic Forecast Home Price Growth to Slow to 4.3% in a Year

Prices keep rising, but at a much slower pace, with Washington, D.C., the weakest of top markets.