Some South Florida developers forged ahead with OZ project planning even before the second round of regulations were issued.

The appetite for opportunity zone projects already was strong in South Florida before the federal government released a second round of regulations.

➤➤ Join the GlobeSt.com ADAPT: Opportunity Zones conference September 16-17 in Baltimore, MD The new national conference series is aimed at identifying Opportunity Zones across all property types and geographic regions. This first-of-its-kind event will educate, connect and celebrate the investors, developers and owners with the people behind the planning and decision-making, such as architects, consultants, academics and, most importantly, municipal officials. Click here to register and view the agenda.

In most real estate circles, developers and investors were seen as waiting for the latest OZ guidelines before embarking on projects. Not so in South Florida.

The relatively robust market had emerging areas like the Miami River District and Delray Beach, and preliminary regulations were enough for some developers to embark on OZ projects before the Trump administration released another 169 pages of guidelines last week.

Companies are waking up to the impact of mental health on business goals and putting strategies in place to improve. 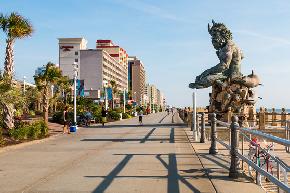