Kylli Inc. got new financing for Burlingame Point, the 803,000-square-foot office/R&D campus slated for completion in 2020 that is fully leased to Facebook for occupancy by Oculus, Facebook’s VR firm.

BURLINGAME, CA—Burlingame Point is an 803,000-square-foot office/R&D campus that is fully leased to Facebook Inc. for occupancy by Oculus, Facebook’s virtual reality company. Expected for 2020 completion, the development is situated on 18.13 acres of Bay waterfront on the Peninsula. Comprised of four office buildings, an amenity building and a parking structure, the campus offers 360-degree views of the Bay and surrounding mountains.

While the below-ground construction on the project has been underway for more than a year and Facebook inked its lease around year-end 2018, the financing piece took a dramatic shift thereafter, GlobeSt.com learns. As the project continued to progress, Kylli Inc. recently obtained $515 million in construction financing.

Cushman & Wakefield reports that shopping center vacancy is at the lowest level on record since 2007. 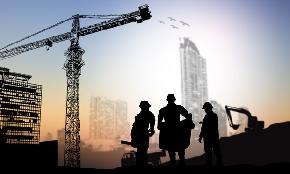