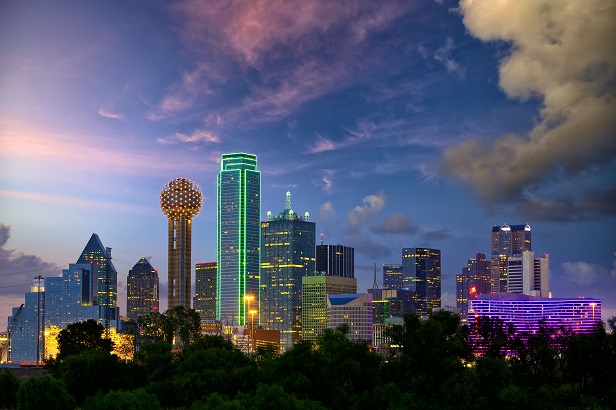 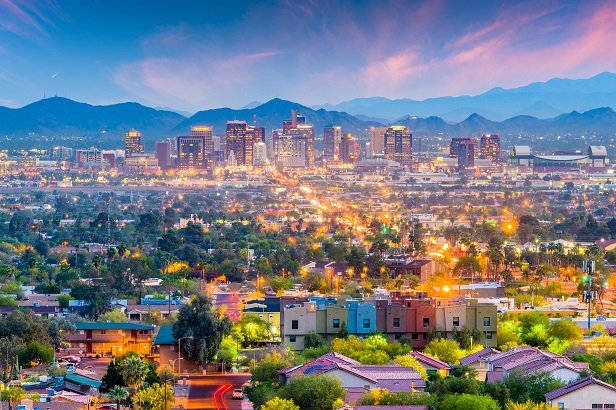 Phoenix. Among the country’s large metros, local rent growth leaders are Las Vegas and Phoenix, with each area posting annual price jumps of more than 8%. 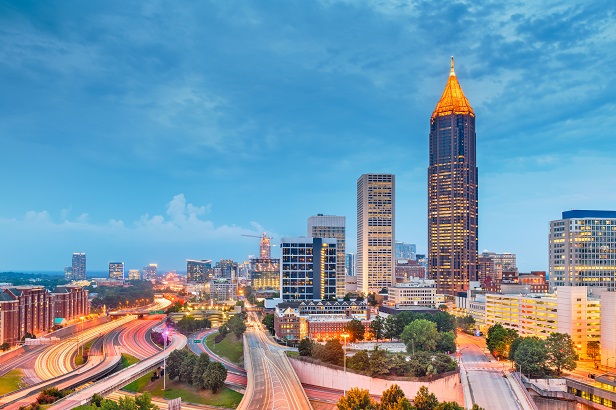 Atlanta. At the next tier of performance, rent growth comes in at roughly 4% to 5% in a long list of markets: Atlanta, Sacramento, Austin, Raleigh-Durham, Riverside-San Bernardino, Providence, Greensboro/Winston-Salem, Salt Lake City, Charlotte and Memphis. 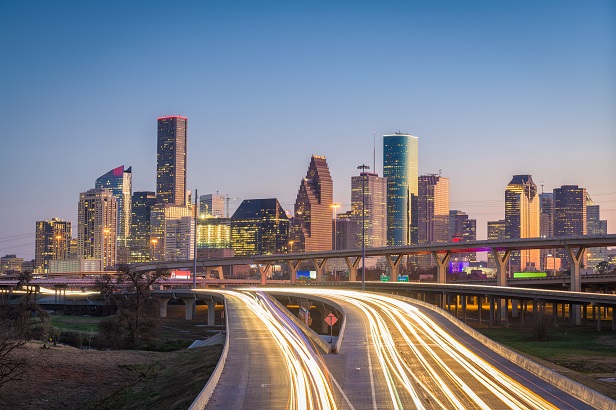 Houston’s performance is the weakest among big metros, with rents in the second quarter up only 0.1% from the pricing seen a year earlier. Slight rent cuts are occurring in a few small markets: Des Moines, Iowa; Fargo, N.D.; College Station, Texas; Baton Rouge, La.; and Santa Rosa, Calif. 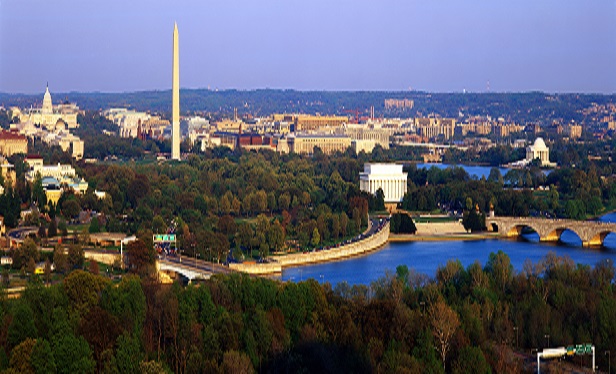 Washington DC. Dallas-Fort Worth remains the country’s leader in apartment construction activity. More than 34,000 apartments are on the way in North Texas, compared to about 20,000 units in Washington, D.C., the second-busiest metro for building. Near-term deliveries will run around 18,000 units in Los Angeles and Houston. 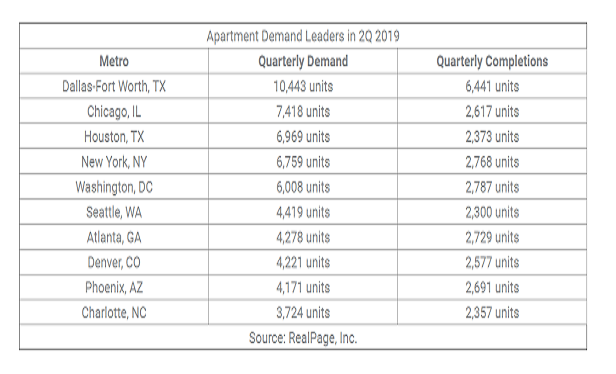 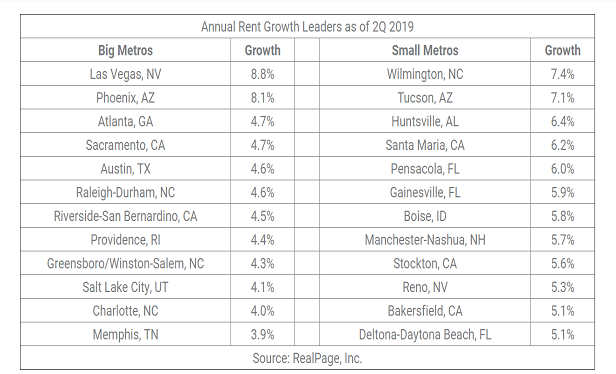 US apartment demand spiked during the second quarter of 2019 with product absorption climbing to a five-year high, according to RealPage. It reports that net move-ins totaled 155,515 units in the April-through-June time frame, topping Q2 2018 product absorption by 11%.

There are a number of reasons for the increase, says RealPage Chief Economist Greg Willett. Solid economic growth is encouraging new household formation, while the number of existing renters purchasing homes remains limited compared to historical levels, he says. The time of year also helps, he adds.

Rents for new leases increased 1.8% during the second quarter, which normally is when pricing moves most rapidly during the course of the year. Rents are up 3% from year-ago levels, reaching an average of $1,390 per month.

Building in the US apartment sector remains at three-decade highs, RealPage also reports—which could lead to near-term risk. Market-rate apartment properties under construction contain more than 418,000 units that will be finished during roughly the next 18 months.

Willett reports that most economists are anticipating a slowdown in economic growth, which will cool support for housing demand. “It would be tough to maintain price growth with so many new properties moving through initial lease-up at a time when demand has weakened.”