NJ’s Industrial Market Continues to be a Record-Breaker

Commercial brokerage firm CBRE in its latest market report on the industrial sector in the Garden State, states that the market continues to see a rise in rents, with transactions approaching $13.00-per-square-foot in Northern New Jersey and $10.50-per-square-foot in Central New Jersey, well above average asking rates.

The second quarter saw average asking lease rates hit record highs, reaching $7.39-per-square-foot. This was an approximately 2% increase above the first quarter and marked the fifth quarter in the last six in which the rate indicated quarter- over-quarter growth, CBRE reports.

CBRE notes that those asking rates are misleading since the majority of newer product is offered without a published asking rent. With that in mind, CBRE believes the spread between average asking rents and actual taking rents will continue to expand.

The overall market experienced a 20-basis-points drop quarter-over-quarter in its availability rate to 6.2%—the lowest rate seen in the New Jersey industrial market since the first quarter of 2005.

Of the total second quarter leasing activity, more than 4.5 million square feet—or two-third of all deals— took place in Central New Jersey. Nine of the 10 largest leases for the quarter occurred in the Central New Jersey portion of the market, all of them in the Exit 8A submarket. The heavy demand at Exit 8A has effectively left little to no existing quality space available, and the resulting shortage has led some occupiers to bank space as a hedge against future needs, the report states.

The second quarter ended with seven buildings added to inventory, bringing 2.1 million square feet of new industrial space to the market. Another sign of strength was that 45% of the new product was pre-leased upon delivery. 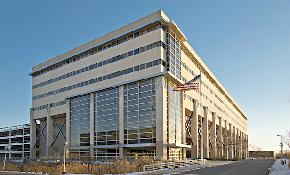 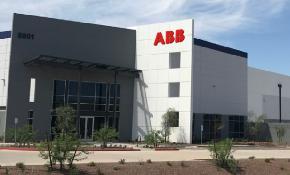 ABB Electrification has leased 400,000 square feet of industrial space in one of Westcore’s new construction property.